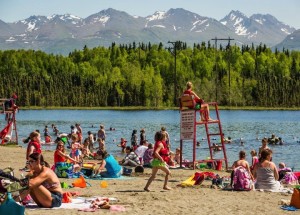 The record-breaking heat in Alaska began last week and continued through this week. Photo via the Alaska Dispatch. See more photos of Alaska’s heatwave here.

Thank you! Your submission has been received!
Oops! Something went wrong while submitting the form.
END_OF_DOCUMENT_TOKEN_TO_BE_REPLACED