Air pollution from Asia is changing weather patterns over the Pacific

New research on Asian air pollution has found that it is increasing rainfall and intensifying storms over the Pacific Ocean.

Air pollution is often thought of as a local environmental problem but more and more studies are revealing that human-produced aerosols can have far ranging effects. One such study, which was published in the journal Proceedings of the National Academy of Sciences on April 14, 2014, has found that air pollution from Asia is changing weather patterns over the Pacific Ocean.

Scientists used an advanced aerosol–climate model to simulate atmospheric conditions over the Pacific Ocean during preindustrial times and as they exist today. They found that larger amounts of aerosols in the present day atmosphere from emission sources in Asia are causing changes over the Pacific. Specifically, these changes included an overall increase in precipitation and more poleward heat transport, which indicate that the Pacific storm track is intensifying.

You can view a video of one type of Pacific storm track model here. 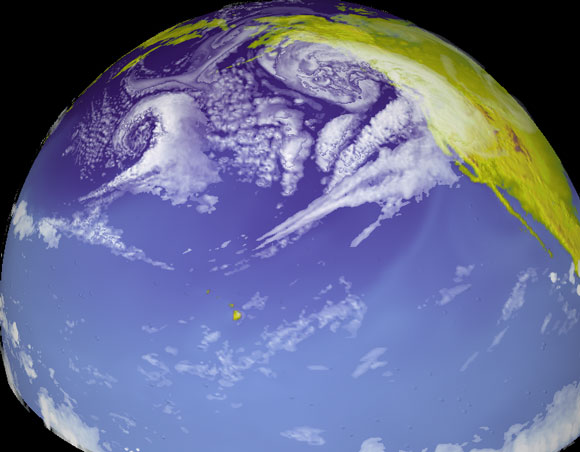 Aerosols are tiny particles that are composed of both liquids (e.g., water) and solids (e.g., carbon). Aerosols play an important role in cloud formation and can affect both the weather and climate.

Some commons sources of aerosols include volcanic eruptions, forest fires, windblown dust and pollen, and the burning of fossil fuels in factories and automobiles. 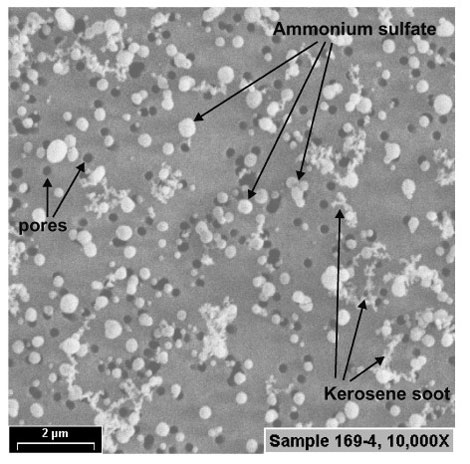 Yuan Wang, lead author of the new study, is a scientist affiliated with Texas A&M’s Department of Atmospheric Sciences and NASA’s Jet Propulsion Laboratory. He commented on the findings in a press release:

There appears to be little doubt that these particles from Asia affect storms sweeping across the Pacific and subsequently the weather patterns in North America and the rest of the world. The climate model is quite clear on this point. The aerosols formed by human activities from fast-growing Asian economies do impact storm formation and global air circulation downstream. They tend to make storms deeper and stronger and more intense, and these storms also have more precipitation in them. We believe this is the first time that a study has provided such a global perspective.

Bottom line: New research published on April 14, 2014, in Proceedings of the National Academy of Sciences has found that air pollution from Asia is changing weather patterns over the Pacific Ocean. These changes include an overall increase in precipitation and more poleward heat transport, which indicate that the Pacific storm track is intensifying.