A large glacier in northeastern Greenland, called Zachariae Isstrom, has been melting faster since 2012. It’s now losing mass at rate of 5 billion tons per year. 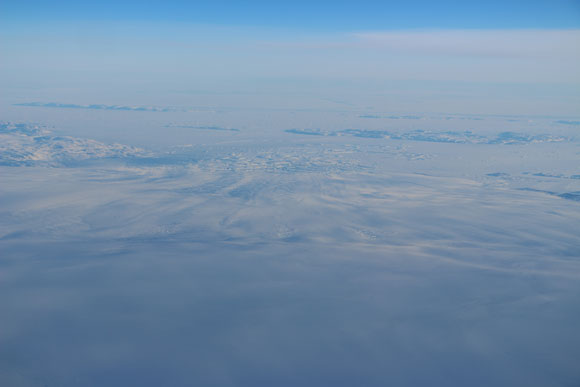 Scientists have detected accelerated ice loss at Zachariae Isstrom, a large glacier located in northeastern Greenland. The accelerated period of ice loss began in 2012, these scientists say. They believe it is being driven by warming air and ocean temperatures. Water from the melting glacier is expected to contribute to the ongoing rise in sea levels. This new research was published in the journal Science on November 12, 2015.

If all of its ice were to melt, Zachariae Isstrom holds enough water to raise sea levels by about 0.5 meters (20 inches), these scientists say.

To assess recent changes at this glacier, the team analyzed several decades’ worth of imagery data that were collected via satellites and aircraft.

The ice front data showed that the glacier was relatively stable throughout the latter part of the 20th century. Then, around 2002–2003, a large chunk of ice broke off, and the glacier started its retreat. Acceleration in the retreat rate was detected in late 2012, and by the end of 2014, the ice shelf — the terminal end of the glacier that floats in seawater — was 95% smaller than its 2002 size. Changes were also observed in the position of the glacier’s grounding line and in the speed of ice movement.

Collectively, the data suggest that this glacier is undergoing a number of destabilizing processes.

Presently, Zachariae Isstrom is losing mass at rate of 5 billion tons per year. 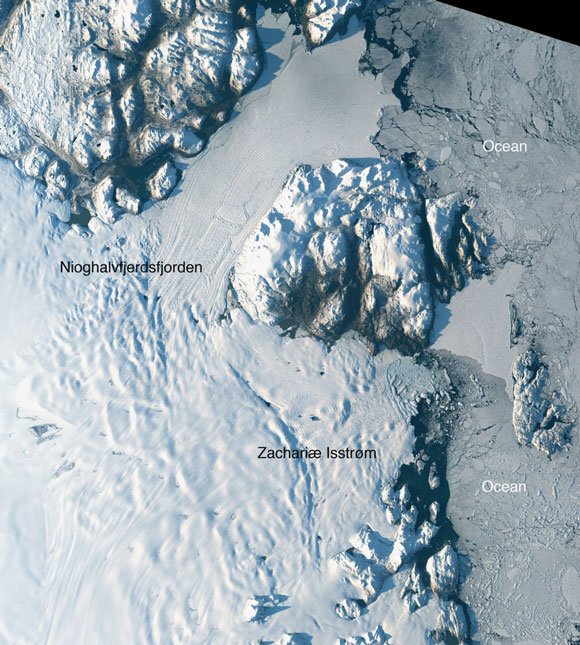 Jeremie Mouginot, lead author of the study, is an associate project scientist in the Department of Earth System Science at the University of California, Irvine. He summarized the results by stating:

North Greenland glaciers are changing rapidly. The shape and dynamics of Zachariae Isstrom have changed dramatically over the last few years. The glacier is now breaking up and calving high volumes of icebergs into the ocean, which will result in rising sea levels for decades to come.

Bottom line: Scientists have detected accelerated ice loss at a major glacier in northeast Greenland. Warming air and ocean temperatures are to blame. This new research was published in the journal Science on November 12, 2015.