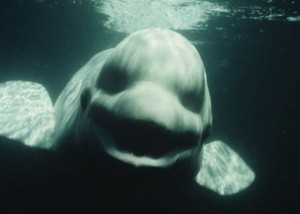 This male beluga whale named Noc can mimic the voices of humans, according to scientists reporting in the October 23, 2012 issue of the journal Current Biology.

Thank you! Your submission has been received!
Oops! Something went wrong while submitting the form.
END_OF_DOCUMENT_TOKEN_TO_BE_REPLACED