A look back at summer 2011’s weather extremes and disasters

Drought and wildfires in Texas, flooding across New England, active Atlantic hurricane season, and snowstorms in the Southern Hemisphere.

With the fall equinox on September 23, summer has ended.  Summer 2011 brought many stories of extremes in weather, and also weather disasters. We have seen extensive drought and wildfires in Texas, massive flooding across New England, an active Atlantic hurricane season, and strong snowstorms in the Southern Hemisphere. (Yes, it is summer for us, but winter for our friends to the south!)

This post will be long, but I hope you’ll find it informative.  A lot of this information can be found at the National Climatic Data Center. Okay, ready? Let’s start with temperatures, and then move on to state-by-state or region-by-region summaries of dramatic or extreme weather events. Toward the end of this post, I’ll also touch on some weather events in other parts of the world over June, July and August 2011.

Those in the state of Texas will forever remember the summer of 2011. Many records were broken this summer, making this summer the driest and warmest ever recorded in this state. The average temperature for Texas this summer was around 86.8 F.  The average temperature adds the minimum and maximum temperature of the day and divides that number by two.  Low temperatures were in the 80s while daytime temperatures peaked near 110 F in many areas.  The state of Texas also had the driest summer on record with the statewide average rainfall accumulation of only 2.44 inches of rain.  According to the National Climatic Data Center, statewide tree-ring records dating back to 1550 show that 2011’s summer drought is matched by only one other summer: 1789. In my opinion, this makes the 2011 drought extremely rare, since the tree-rings span over 461 years with only one summer comparable to this summer.

Wichita Falls, Texas had its 100th day of temperatures at or over 100 F.  Before 2011, Texas has never had a city meet this criterion in its recorded history. Dallas/Fort Worth had 70 days over 100 F, breaking the record set back in 1980.

Oklahoma had the second-hottest summer for any state on record.  At least 58 days of 100 F heat were recorded in Oklahoma City, Oklahoma, through August 2011.

Now, in the month of September, temperatures have finally cooled off, but not before at least 46 deaths in Texas and 20 deaths in Oklahoma were attributed to the intense heat.

Plus Texas has had wildfires. To call the summer 2011 wildfire season in Texas “record-breaking” is an understatement, according to Eric Berger, writing for the Houston Chronicle’s website chron.com on September 6, 2011. He said “historic” is a better word:

Berger wrote his post on September 6, shortly after Tropical Storm Lee pushed into Texas, which caused several windy days.  Those winds fanned the flames, resulting in fast-spreading fires across Texas, including the Bastrop County fire, which burned over 34,000 acres and destroyed more than 1,600 homes in the week following Lee.  As of today (September 25, 2011), although temperatures have cooled somewhat, Texas still has had no rain, and the fires have not stopped. See Inciweb for current wildfire conditions in Texas. Drought and wildfires can cause major implications in the economy, especially in the long term.

Drought is becoming a huge issue for Georgia and parts of the southeast United States. Image Credit: NCDC

Not only are Texas and Oklahoma in extreme drought, but parts of Georgia are also suffering.  Drought can bring major problems for agriculture, and even a possible forecast for continued drought can have major implications.  Georgia is the number one state to produce peanuts, chickens, pecans, and watermelon.  And Georgia is known for producing cotton, peaches, eggs, tobacco, tomatoes, onions, cantaloupes, cabbage and blueberries.  As you can see in the graphic above, most of Georgia is experiencing an extreme drought, which is one level below the exceptional drought of Texas at this time.

According to the former state climatologist Dr. David Stooksbury and former assistant state climatologist Pam Knox, who combined have over 50 years of experience in climatology and were unexpectedly removed from their positions without notice or an explanation from Governor Nathan Deal, excessive heat and dry conditions were in their forecast for the summer of 2011.

Despite the governor’s actions, however, Georgia is still dry, and likely to get drier this fall. Which just goes to show, shooting the messenger is a pretty ineffective climate change device. If you are interested in this story line, please check out prominent private-sector meteorologist Mike Smith’s blog‘s take on this developing story.  With a developing La Niña in the mix, drought conditions could worsen for the Peach State, which could cause issues for agriculture in the region. 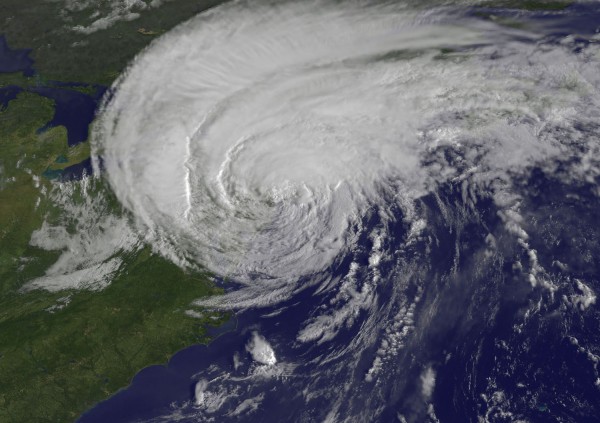 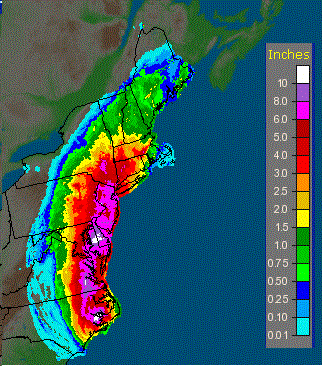 By late August, Hurricane Irene began threatening the U.S. East Coast. Forecasts had Irene hitting North Carolina as a major hurricane and tracking towards New York City as a Category 1 hurricane. Fortunately, dry air and wind shear weakened the system as it pushed to the north.

However, Hurricane Irene did leave flooding throughout the region in its wake. The state of Vermont experienced the worst flooding seen in decades.

All in all, Hurricane Irene brought an estimated $7 billion in damages.

In early September 2011, Tropical Storm Lee developed in the northern Gulf of Mexico and slowly pushed north into Louisiana.  It produced heavy rain and flooding in portions of Louisiana.  As Lee pushed north, Alabama, Mississippi, and Tennessee received beneficial rains. Chattanooga, Tennessee recorded an impressive 9.49 inches of rain for September 5, 2011.  As the system pushed to the northeast, the same areas that were flooded by Irene were getting ready for round number two of flooding.  Numerous evacuations were set for parts of Pennsylvania near the Susquehanna River as the river rose to record levels. Lee also spawned numerous tornadoes across the eastern United States, including an EF-1 tornado in Georgia. At least 14 people were killed.

Dry weather and a few afternoon thunderstorms that produced microburst winds caused dust storms or haboobs in Arizona. The haboob that hit Phoenix, Arizona spread out to nearly 50 miles in width and reached nearly 5,000 feet into the atmosphere on July 5, 2011. The rare haboob disrupted transportation and created power outages. A second haboob, smaller than the one from July 5, hit the city on July 18.

The Indiana State Fair was gearing up to hear Sugarland on their main stage on August 13, 2011 as severe storms were pushing into the area. A squall line moved in and produced winds over 60 miles per hour. These winds extended ahead of the main storms, and knocked the Indiana State Fair stage over. The stage fell on many people, at least seven of whom died. Numerous other injuries were reported. In early September, college football games took the threat of severe weather seriously. A few games were delayed and people evacuated the stadiums. Perhaps the Indiana State Fair was a wake-up call for many people. As I have mentioned before, Mother Nature is unpredictable. 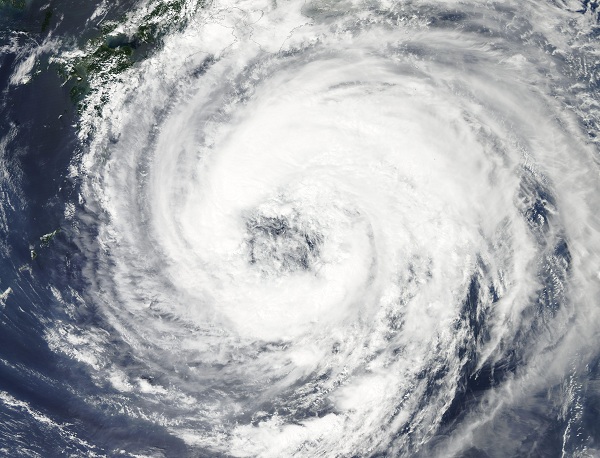 And it’s not just the United States that has been affected by weather extremes in recent months. Tropical Storm Talas, the 12th named storm in the western Pacific ocean, affected parts of Japan back on September 1, 2011. Talas produced heavy rain and flooding across Japan, killing more than 60 people.  The large size of the storm and the slow forward movement was the main reason for heavy rainfall across central Japan.

Monsoonal rains fell across portions of Pakistan from August 10 through September. The heavy rains caused extensive damage, destroying over one million homes.  At least 350 people died due to the constant rains and flooding across the region. Over 7.5 million people were affected, and nearly 1.6 million acres of cropland were damaged due to the intense rains.

Snow fell in parts of New Zealand for the first time since 1939. Image Credit: EPA

Strong cold air advection from Antarctica pushed into Australia and New Zealand during August 14 to 16.  New Zealand is not accustomed to winter weather, and experienced one of the biggest weather extremes.  The city of Auckland saw its first snow recorded since 1939.  Temperatures were the coldest seen in many areas. Auckland recorded its all-time lowest maximum temperature of 47.8 F, breaking the previous record set back in July 1996. New Zealand meteorologists consider this a once-in-50-years event.

On July 7, 2011, snow fell in one of the driest locations in the world.  Nearly 32 inches of snow fell in the Atacama Desert in northern Chile.  This is the same area that typically receives 2 inches of rain per year.  It is safe to consider 1 inch of rain equals 10 inches of snow. In other words, the Atacama Desert probably saw at least 3 inches of liquid precipitation (which fell as snow). Temperatures dropped to 18 F, where average low temperatures should only drop to 39 F. From July 17 to 19, up to 9 feet of snow fell in the city of Longquimay.  More than 6,500 people were isolated due to the extreme snow and cold weather across the region.

At least 2 feet of snow fell across portions of South Africa on July 25 and 26, 2011.  Snowfall is rare in this area, where they typically see a dusting of snow once or twice a year. Transportation and ways of life were impacted as strong winds, snow, and cold temperatures left many stranded.

As you can see from above, it has been an active period from June to September 2011.  Drought, wildfires, heavy rains, floods, snowstorms and severe weather affected the world, with many stories of extremes in the United States alone.  There’s still more that can be listed that were not added, such as Katia affecting Europe, the active 2011 Atlantic hurricane season, and the wet weather across parts of California.  What will this upcoming season bring?  Only time will tell.  Whatever happens, EarthSky will keep you informed.