Good news for coral reefs at last! After 3 years, the global coral bleaching event is likely over, scientists say.

On Monday (June 19, 2017) NOAA announced that the current global coral bleaching event appears to be ending. Although scientists say high ocean temperatures may persist in some areas, it looks like coral reefs around the world will finally catch a break from high ocean temperatures that have lingered for an unprecedented three years.

This global coral bleaching event has been the most widespread, longest and perhaps the most damaging on record.

NOAA declared the beginning of the third-ever global coral bleaching event in 2015. Since then, all tropical coral reefs around the world have seen above-normal temperatures, and more than 70 percent of Earth’s reefs experienced prolonged high temperatures that can cause bleaching – 49 percent of the corals died on the Great Barrier Reef alone. U.S. coral reefs were hit hardest, with two years of severe bleaching in Florida and Hawaii, three in the Commonwealth of the Mariana Islands, and four in Guam. 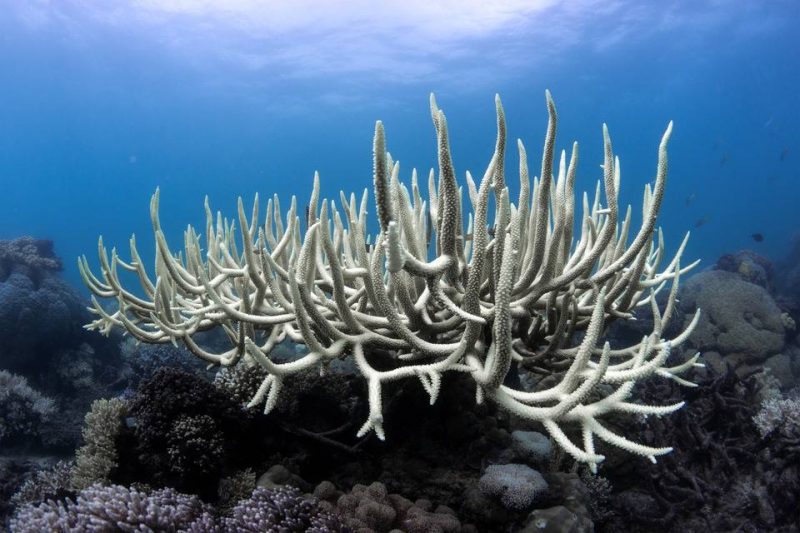 Despite what appears to be the end of the bleaching event, some U.S. coral reefs are still not completely in the clear. NOAA’s four-month coral bleaching outlook shows some risk to coral reefs in Hawaii, Florida and the Caribbean later this summer. Earlier this year, ocean temperature conditions also brought severe bleaching to the Great Barrier Reef for the second year in a row, and to American Samoa, which was also heavily affected in early 2015.

The first global bleaching event was in 1998, during a strong El Nino that was followed by an equally very strong La Nina. A second one occurred in 2010. 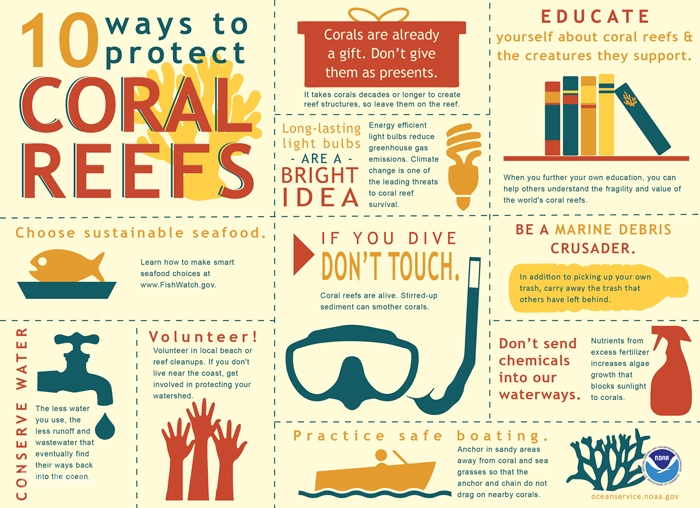 Healthy coral reefs protect shores from storms and offer habitats for fish and other marine life, including ecologically and economically important species. After corals die, reefs quickly degrade and the structures corals build erode. While corals can recover from mild bleaching, severe or long-term bleaching is often lethal. Image via NOAA.

Bottom line: On June 19, 2017 NOAA announced that after 3 years, the global coral bleaching event is likely over.