Sandy has left a wake of death and destruction. Here are some ways to watch online – maybe with your phone or tablet if your power is out.

Superstorm Sandy struck the U.S. mainland last night and began moving slowly inland. In the meantime, millions in the U.S. East woke Tuesday without power. Transportation came to a halt. New York City was among the hardest hit, with subways and tunnels flooding. At least 16 deaths in seven states have been reported so far. The storm made landfall in New Jersey on Monday evening, October 29, 2012. At landfall, winds were 80 mph. Here are some places to keep track of Sandy online. There were more when I first created this post yesterday. Now some of these links may be eerily silent and dark, experiencing technical difficulties, if they are originating from places that have lost power.

1. Google Crisis Map is still functioning and continues to look like a good place to learn about Sandy’s impact in the U.S. East.

2. Keep up to date with the latest advisories from the National Hurricane Center. It’s their job to track and predict weather between the Prime Meridian (Earth’s zero of longitude, passing through Greenwich in England) and the 140th meridian west (in the Pacific Ocean, west of North America). They’re a division of the United States’ National Weather Service, and they do a fine job.

3. U.S. Wind Map. I love this map on any day of the year. But today it’s super interesting because it shows you how Sandy is moving counterclockwise as it sweeps across the U.S. mainland. EarthSky weather blogger Matt Daniel says that the counterclockwise motion of Sandy is why those on the northern part of the storm (New York City, New Jersey) bore the brunt of this storm, in terms of winds. 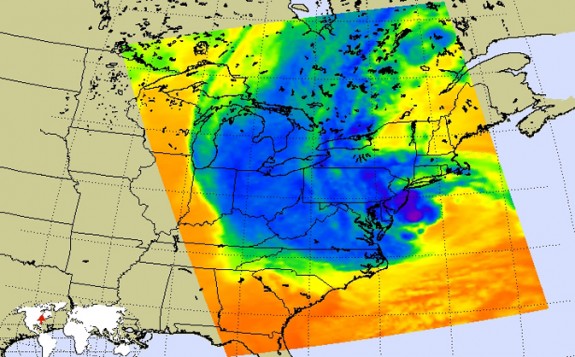 Infrared image of Sandy taken via satellite, with another weather front to the west and cold air coming down from Canada at 2:17 p.m. EDT October 29. The hurricane center is the darkest purple area in the Atlantic just to the east of the New Jersey coast, reflecting Sandy’s areas of heaviest rainfall. Image credit: NASA/JPL-Caltech

4. NASA satellite videos. It’s amazing how serene and beautiful the storm can seem from the vantagepoint of Earth orbit.

5. EarthCam. If the power is still on, you can watch go to the main EarthCam link to choose from among a variety of U.S. East viewing locations.

6. Yesterday, I was watching the Weather Channel’s live coverage online via this video:

The Weather Channel (video above) decided to live stream its television coverage so that people without power would still be able to track the storm on their phones and tablets. Looked like the place from which the video is sourced was without power early Tuesday morning. The video was dark then, but may be back up when you look. There are commercial breaks where nothing seems to be happening, so … have patience. 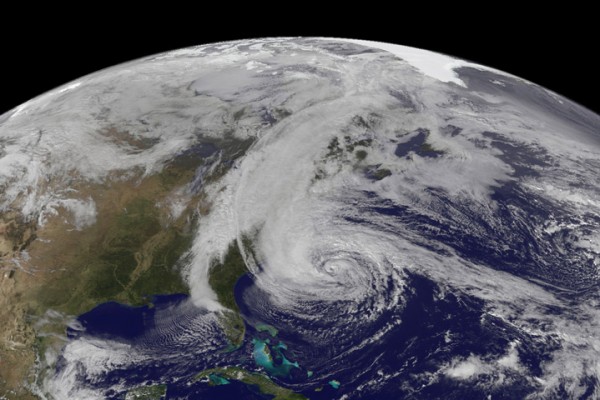 Hurricane Sandy on October 28, 2012 via the GOES-13 weather satellite. Notice the line of clouds running south to north along the Appalachian Mountains. That’s the continental weather system that is approaching from the west to meet Sandy. 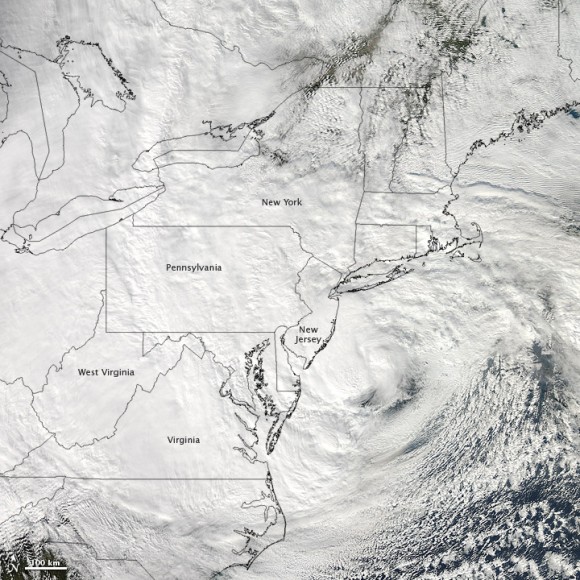