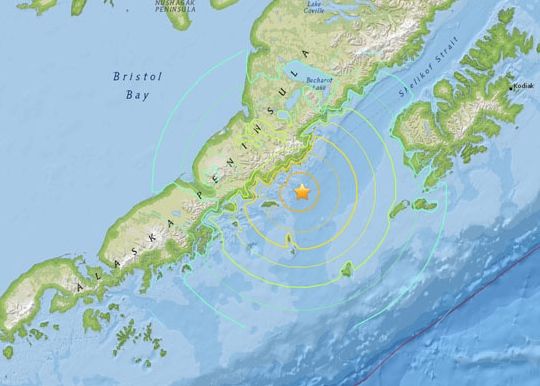 The U.S. Geological Survey (USGS) says a 6.7-magnitude earthquake has struck off in an earthquake-prone, sparsely populated region off the southwest coast of Alaska. The quake occurred at 3 a.m. EDT (0700 UTC) Friday morning, May 29, 2015. The epicenter is approximately 70 miles (110 km) south-southeast of Ugashik – nearly 400 miles (600 km) southwest of Alaska’s largest city, Anchorage – with the earthquake’s center estimated at 20 miles (33 km) deep.

The Pacific Tsunami Warning Center said that no tsunami was expected. There were no immediate reports of casualties or damage. 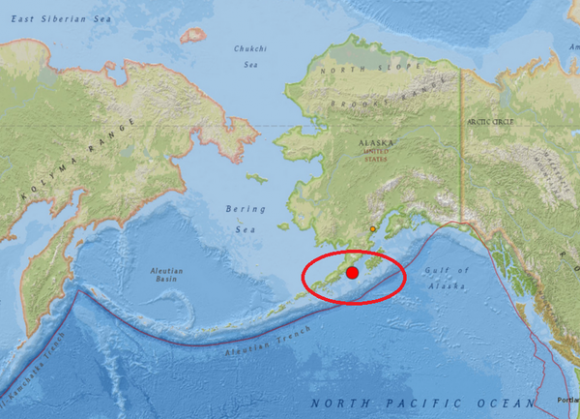 Earthquakes are common on this part of Earth, which is known to geologists as the Aleutian arc. This large volcanic arc consists of a number of active and dormant volcanoes that have formed as a result of subduction – the movement of one great land plate on Earth beneath another. Here, the Pacific plate subducts into (dives below) Earth’s mantle beneath the North America plate. 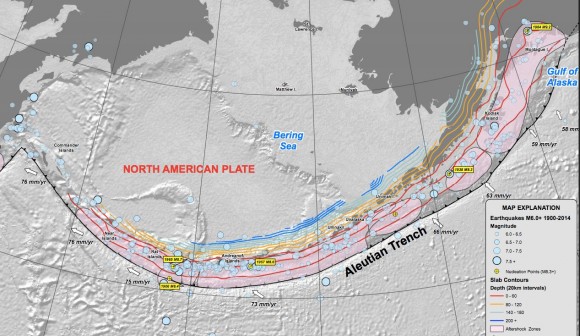 View larger at USGS site. | The Aleutian arc region of Alaska is prone to earthquakes. This chart shows the many large earthquakes that have occurred there.