Earth’s earliest lifeforms were single-celled microbes. The new fossil discovery places them on Earth even earlier than previously thought. 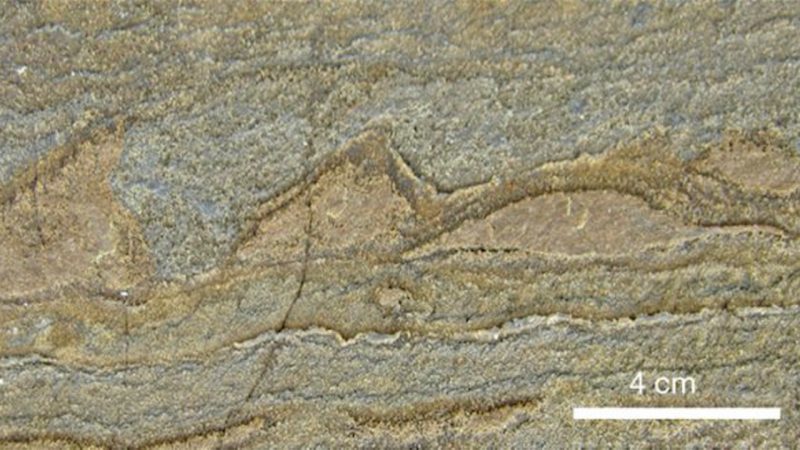 A sample from the 3.7-billion-year-old stromatolite fossils. The stromatolites are small wave-like mounds in this image. Image via Allen P. Nutman/ Nature.

Scientists have uncovered 3.7-billion-year-old fossils in Greenland that have set a new record for the earliest-known evidence of life on Earth. They show that stromatolites, which are layered sediments produced over time by single-celled microbes. The fossils indicate that these living microbes were already present in an ancient shallow sea on our very young planet. Australian researchers made the discovery. Their findings were published in the September 1, 2016 issue of Nature.

Prior to this discovery, the earliest-known traces of life were in 3.5 billion-year old stromatolite fossils found in western Australia. The new findings predate it by 220 million years. 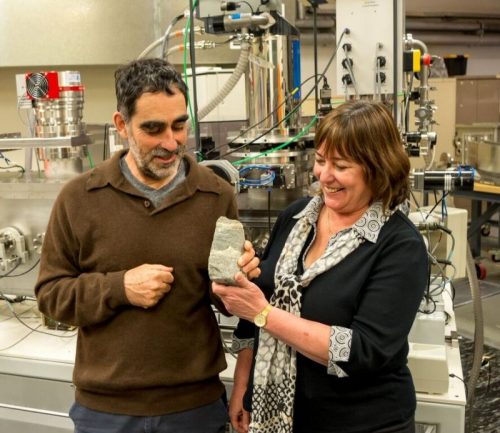 Allen Nutman and Vickie Bennett hold one of the fossil specimens from Greenland that date to 3.7 billion years. Image courtesy of Allen Nutman.

Earth scientist Allen Nutman from the University of Wollongong led the team that made the discovery. In a statement, he said:

The significance of stromatolites is that not only do they provide obvious evidence of ancient life that is visible with the unaided eye, but that they are complex ecosystems.

This indicates that, as long as 3.7 billion years ago, microbial life was already diverse. This diversity shows that life emerged within the first few hundred millions years of Earth’s existence, which is in keeping with biologists’ calculations showing the great antiquity of life’s genetic code. 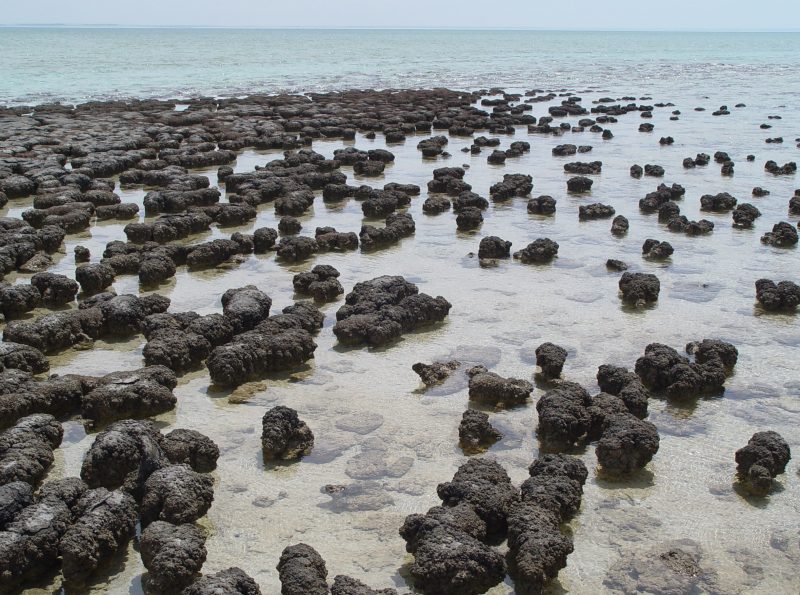 The Greenland fossils were discovered at the Isua Greenstone Belt, an area known to have the world’s oldest-known sedimentary rock. The fossil site, along the edge of the Greenland ice sheet, had previously been covered by year-round snow. But recent melting of the ice exposed the underlying rock containing the fossil stromatolites.

Earth is believed to have formed about 4.6 billion years ago, from the same interstellar gas clouds that accreted to form our solar system. A billion years after its fiery beginnings, the cooling Earth was starting to form a crust, and with it, the first rocks. The atmosphere was filled with volcanic outgassing, with gases like methane and ammonia. Our planet would have been uninhabitable for most life as we know it today.

Yet, in this inhospitable primordial environment, the first single-celled organisms arose.

Such results have implications in the search for life beyond Earth. Geochemist Vickie Bennett of the Australian National University said:

This discovery turns the study of planetary habitability on its head.

Rather than speculating about potential early environments, for the first time we have rocks that we know record the conditions and environments that sustained early life. Our research will provide new insights into chemical cycles and rock-water-microbe interactions on a young planet.

Biologist Martin Van Kranendonk at the University of New South Wales, who also participated in the study, said:

The structures and geochemistry from newly exposed outcrops in Greenland display all of the features used in younger rocks to argue for a biological origin. 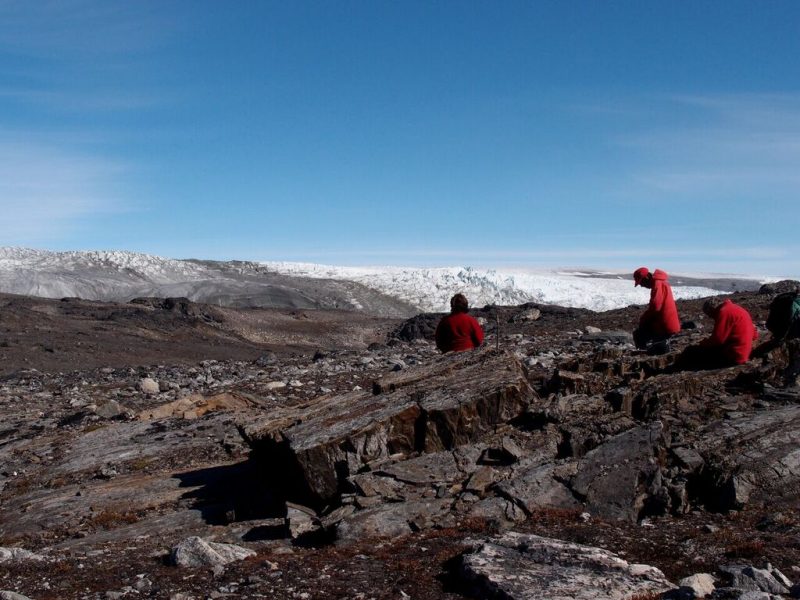 Bottom line: Stromatolite fossils found in Greenland, dating to 3.7 billion years ago, could be the earliest-known evidence of life on earth.