NOAA reports that 2019 was the 5th consecutive year in which the United States experienced 10 or more $1 billion weather and climate disasters, including fires, hurricanes and flooding. 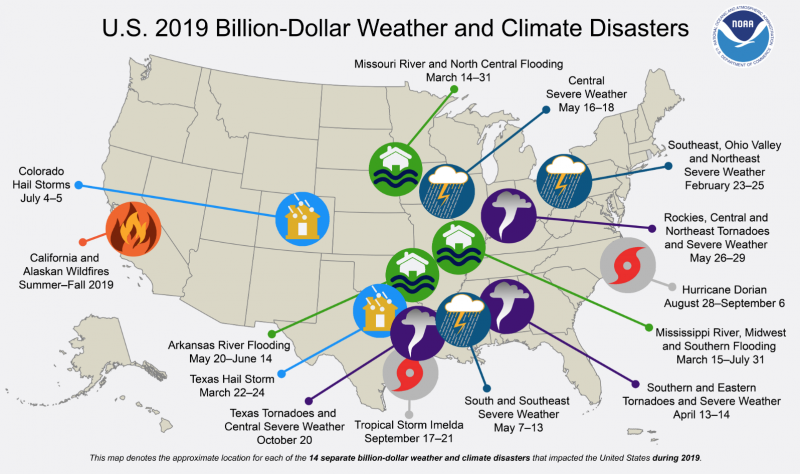 View larger. | This U.S. map shows the locations of the 14 billion-dollar disasters that happened across the country in 2019. Details about each of these events here. Image via NOAA.

In 2019, the United States experienced 14 weather and climate disasters with losses exceeding $1 billion each and totaling approximately $45 billion, according to a NOAA report released January 8, 2020. At least 44 people died and many more were injured during the course of these disasters.

The billion-dollar disasters in 2019 included:

Read more about each of these events here. 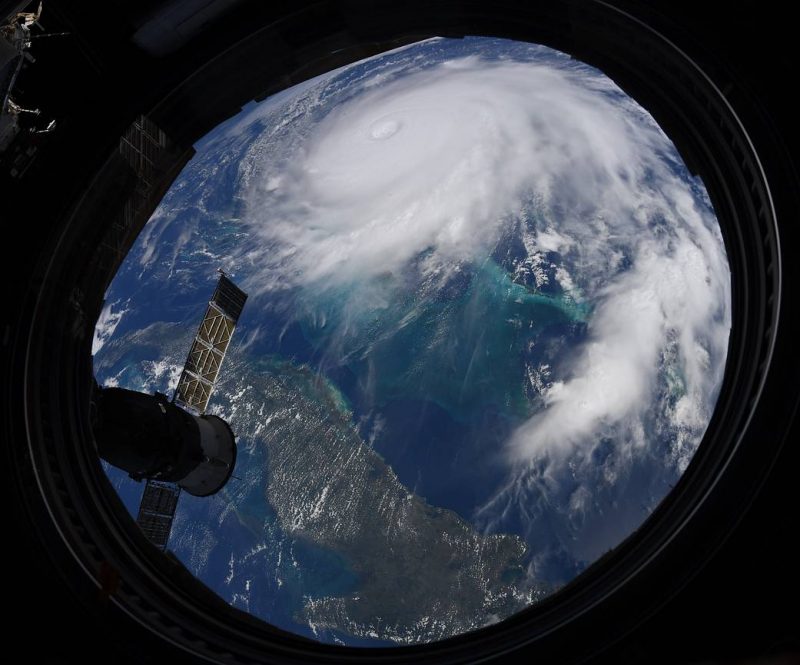 Hurricane Dorian on September 2, 2019, from the International Space Station. According to the Washington Post, the storm set milestones for the strongest hurricane at landfall (185 mph winds, tied for strongest winds with a 1935 hurricane, also on Labor Day) and for being the 2nd-strongest hurricane observed in the Atlantic based on wind speed alone. Image via NASA.

According to NOAA, the extreme weather with the most widespread impact was the historically persistent and destructive U.S. flooding across more than 15 states. The combined cost of just the Missouri, Arkansas and Mississippi River basin flooding ($20 billion) was almost half of the U.S. cost total in 2019.

Here’s more from NOAA on U.S. billion-dollar climate/weather disasters since 1980:

The billion-dollar disaster damage costs over the last decade (2010-2019) for the U.S. were also historically large – costs exceeded $800 billion from 119 separate billion-dollar events.

Since 1980, the U.S. has sustained 258 billion-dollar disasters overall that have exceeded $1.75 trillion in total damages.

Bottom line: In 2019, there were 14 billion-dollar climate/weather disasters in the United States.