2011 was one of the worst years for wildfires

Thousands of wildfires raged across the United States last year, 2011, burning a record amount of land, especially in the southern U.S. In fact, 2011 the third-most-active fire season since 1960 (when this record-keeping began) with respect to acres burned, according to preliminary data released from the National Interagency Fire Center (NIFC) in late December 2011. The NIFC will be releasing an official summary report detailing the 2011 wildfire season later in 2012, but for now you can read some of the details in the State of the Climate Wildfires 2011 report from NOAA. 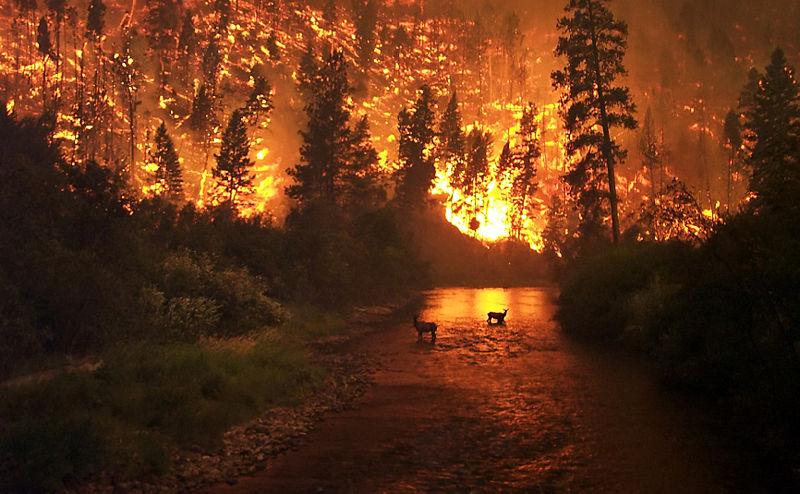 The top three states that experienced the worst wildfire activity were Texas, Arizona and New Mexico. These southwestern states were stricken by unusually dry weather conditions and drought for much of 2011, which helped to create flammable landscapes conducive to the spread of fire.

While it’s not entirely clear as to why wildfire activity has been so high over the past decade, there were likely a combination of factors involved including forest insect infestations, invasions of non-native species, past fire exclusion practices that allowed for the buildup of flammable debris, climate change and the growth of the urban-wilderness interface.

Wildfires caused by humans are largely a result of people burning debris that gets out of control, unattended or improperly extinguished campfires and sparks generated by the use of equipment such as chainsaws. Hence, as we move into the 2012 fire season you can help the situation by taking steps to avoid or reduce the risks from such activities. This is especially important in areas of the United States such as Texas, Arizona and New Mexico that are presently experiencing above normal potentials for wildfire impacts.

The National Interagency Fire Center is located in Boise, Idaho. The Center was created in 1965 to serve as a focal point to coordinate the national mobilization of resources for wildland fires. Eight different state and federal organizations contribute to the work of the Center. These organizations include the National Association of State Foresters, the U.S. Forest Service, the Bureau of Land Management, NOAA’s National Weather Service, the National Park Service, the U.S. Fish and Wildlife, the Bureau of Indian Affairs and the Federal Emergency Management Agency.

Bottom line: Wildfires burned an estimated 8,706,852 acres (35235 square kilometers) of land across the United States during 2011 making it the third-most-active wildfire season in the historical record (since 1960) according to preliminary data from the National Interagency Fire Center in Boise, Idaho. The NIFC will be releasing a more detailed report later in 2012.

Human influence takes the wild out of some wildfires