Look at the difference in these two reservoirs north of Fresno, California, in contrasting satellite images from 2011 and 2014. 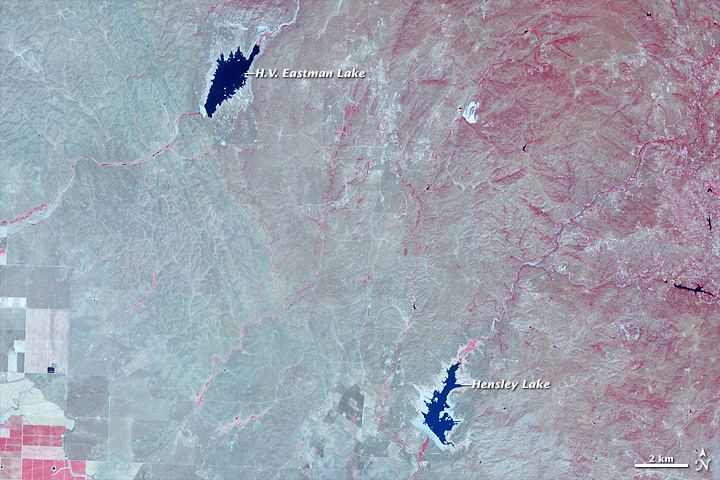 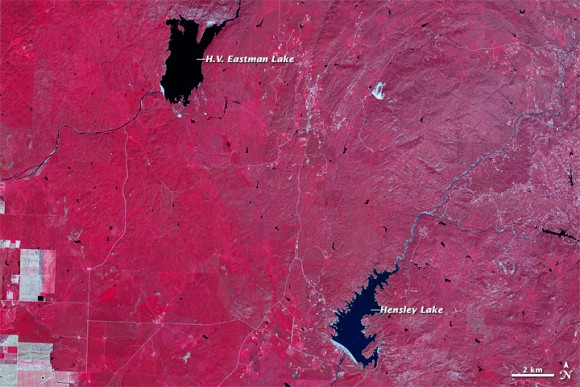 These are false-color satellite views of central California from May 15, 2014 (top) and April 5, 2011. The images show an area north of Fresno, California, between the San Joaquin Valley and Yosemite National Park. The scene includes two reservoirs – H.V. Eastman Lake and Hensley Lake — built for flood control, irrigation, and recreation in the 1970s. As of July 31, H.V. Eastman Lake stood at 8 percent of water capacity and Hensley stood at 6 percent, according to the California Department of Water Resources.

In its weekly report issued on July 31, the U.S. Drought Monitor reported that 82 percent of the state of California was in an extreme drought and 58 percent was in exceptional drought—up from 79 and 36 percent just two weeks ago. The drying of farmlands and suburbs is mirrored by the shrinking of the state’s reservoirs.