It was Grandpa Pinpin’s dream to see his favorite bird, Spix’s Macaw, before his death at 94. He didn’t accomplish it, but his 16-year-old granddaughter did.

The last time someone saw a Spix’s Macaw in the wild was in 2000. They were thought to be extinct in the wild. Then, two weeks ago, a 16-year-old girl in Brazil caught the video footage above of this rare bird. BirdLife International posted the video on its YouTube channel on June 24, 2016 and said on its website:

It was Grandpa Pinpin’s dream: to see his favorite bird, Spix’s Macaw, fly again over the skies of Curaçá, a small town of about 30,000 in the dry Caatinga area of Bahia, Brazil, where goat herding is the main activity.

But the baton was passed to his 16-year-old granddaughter, Damilys, who not only saw the macaw … but also managed to film it with her mobile phone.

Damilys and her mother Lourdes Oliveira began searching for the bird in the early morning hours of June 19, after a local farmer said he’d sighted one the day before. After capturing the video, Lourdes contacted the biologists from the Society for the Conservation of Birds in Brazil (SAVE Brasil, BirdLife Partner), one of the organizations that make up Projeto Ararinha na Natureza (Spix’s Macaw in the Wild Project), which aims to bring the bird back from extinction. BirdLife International said:

The video and the distinctive vocal calls killed all doubts: it was indeed a Spix’s Macaw.

The local people were euphoric.

And, somewhere, Grandpa Pinpin must be smiling, too. 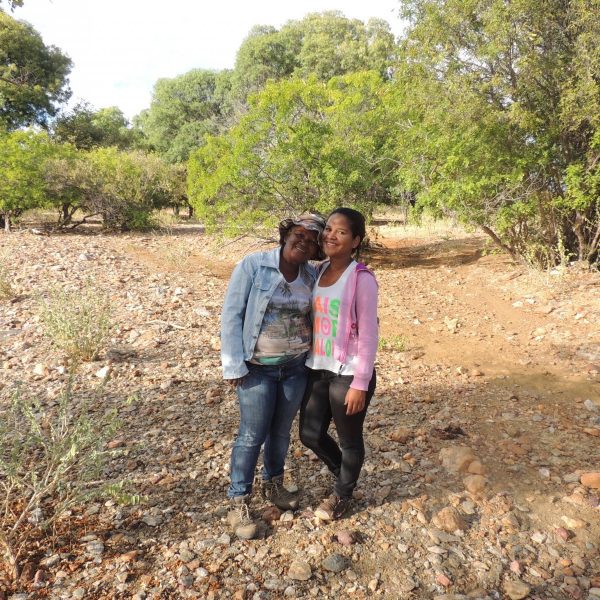 Lourdes Oliveira and her daughter Damilys in front of the tree where Damilys shot the video of Spix’s Macaw, fulfilling her grandfather’s dream. Photo by Pedro Develey via BirdLife International.

Bottom line: On June 19, 2016, Damilys Oliveira caught this video of the Spix’s Macaw, which had been thought to be extinct in the wild.