100,000 may need to evacuate due to floods in Alberta, Canada

Water levels are expected to reach their maximum around noon today in floods in Alberta, Canada, which have left 12 communities under a state of emergency.

As many as 100,000 people may be forced to evacuate their homes in western Canadian province of Alberta today (June 21, 2013), due to heavy flooding. The Weather Channel is reporting that 12 communities in Alberta are now under states of emergency, including areas south of the just south of Calgary, a city of more than a million people. The floods are due to torrential rains throughout southern Alberta on Thursday, June 20. According to the Weather Channel, the floods have:

… washed out roads and bridges, left at least one person missing and caused cars, couches and refrigerators to float away.

Click here to see photos of the flooding in Calgary 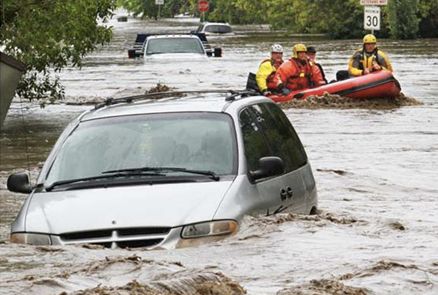 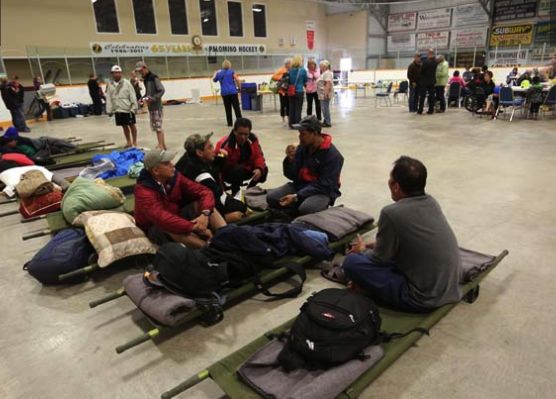 Waiting at a recreation center in Nanton, Alberta after being evacuated from High River, Alberta on June 20, 2013. See more photos of the flooding via the Windsor Star.

It’s also being reported that mudslides have forced the closure of the Trans-Canada Highway, and that the mountain resort towns of Banff and Canmore are now isolated.

Officials said the evacuation would take place in stages over the next few days.