Sure, M13, the Great Hercules cluster, is wonderful. But some amateur astronomers say this cluster, M5, is even better. How to find it in your sky. 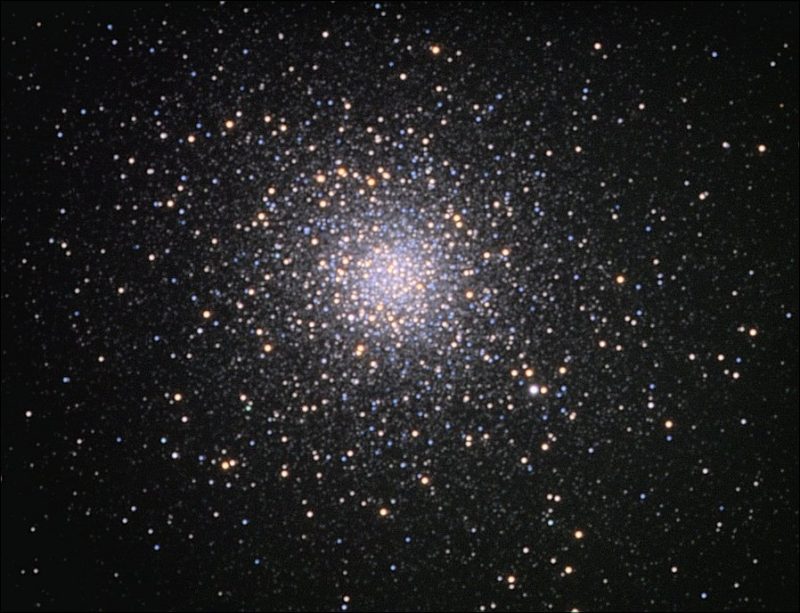 M5 in all its glory. Image via Robert (Bob) J. Vanderbei of Princeton University.

Even with the best of viewing conditions, the globular star cluster Messier 5 – aka M5 – is barely detectable to the unaided eye as a faint star. In binoculars, it appears as a faint, fuzzy star. Ah, but point a small telescope its way! Some amateur observers swear that M5 is the finest globular cluster north of the celestial equator for small telescopes – even better than the celebrated M13, the Great Hercules cluster. 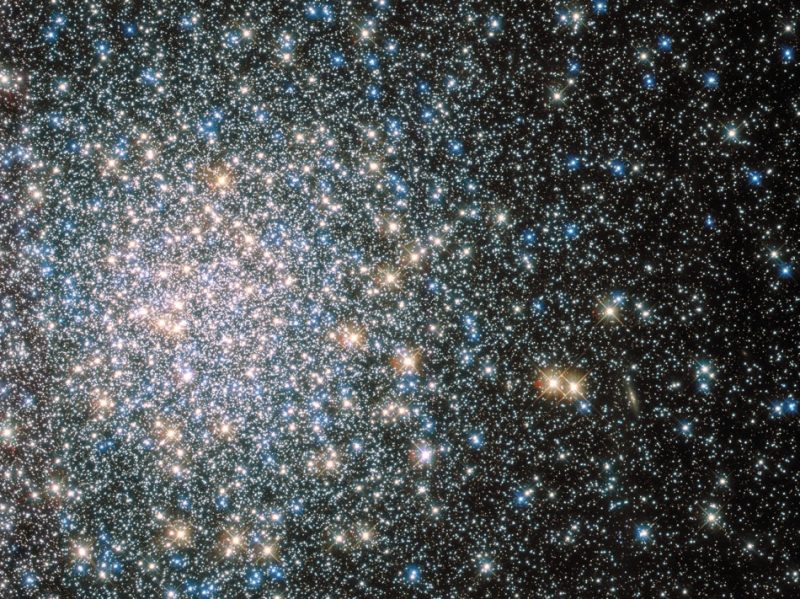 M5, as seen by the Hubble Space Telescope. This photo was an Astronomy Picture of the Day in June 2015. Via HST/ NASA/ ESA/ APOD.

In contrast, M5 is a globular star cluster. Globular clusters reside within the galactic halo – a sphere-shaped region of the Milky Way that extends above and below the galactic disk. If we liken the disk to a hamburger, then the bun would be the galactic halo. Globular star clusters contain hundreds of thousands of stars, tightly packed in a symmetrical ball. These clusters are our galaxy’s oldest inhabitants. In other words, they formed first, as the galaxy was forming. Spanning 165 light-years in diameter, M5 is one of the largest globular clusters known. It contains more than 100,000 stars, or as many as 500,000 according to some estimates.

As you gaze at M5, you’re looking at an object that’s around 13 billion years old, more than twice the age of our solar system, and almost as ancient as the universe itself. Considering that M5 lies some 25,000 light-years distant, we can only imagine what this stellar city would look like if it were at the Pleiades’ distance of 430 light-years! 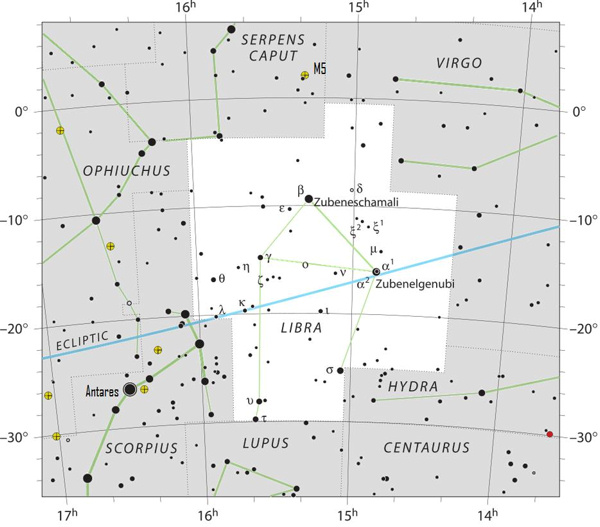 View larger. | Messier 5 is due north of the Libra star Zubeneschamali and west of the constellation Virgo. 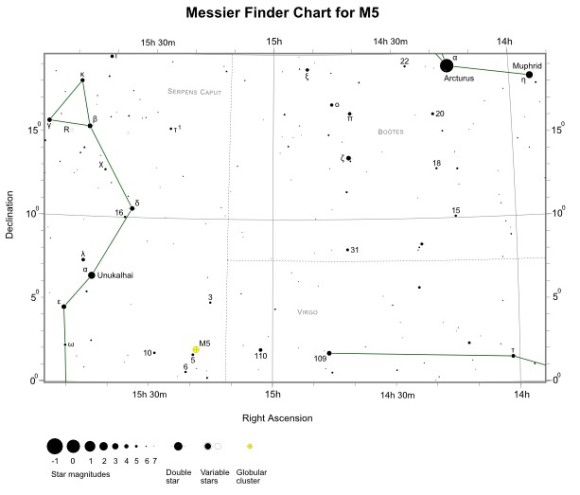 Messier finder chart for M5. Under very good viewing conditions, M5 can be just about glimpsed with the naked eye as a faint point of light. With binoculars, it’s easily visible as small fuzzy patch. A small 80mm (3.1-inch) telescope reveals a bright glowing core wrapped inside a much fainter halo of nebulosity. Image via FreeStarCharts.com.

How to find M5. M5 is located in the constellation Serpens Caput (the Serpent’s Head). It is highest up in the south at about 10 p.m (11 p.m. daylight saving time) in mid-June. Because the stars (and star clusters) return to the same place in the sky some two hours earlier with each passing month, it’s highest in the sky around 8 p.m. (9 p.m. daylight saving time) in mid-July.

Plus, M5 is about one fist-width to the north (above) Zubeneschamali. These stars give you at least a rough idea of M5’s whereabouts in the heavens. 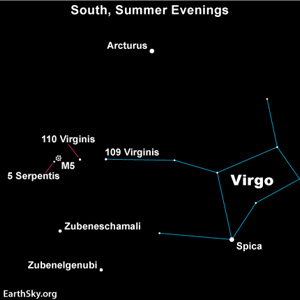 Some practiced sky gazers star-hop to Messier 5 from the constellation Virgo.

Bottom line: M5, or Messier 5, is a beautiful globular star cluster. How to find M5 in your sky.