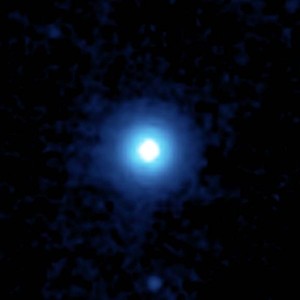 NASA’s Spitzer Space Telescope recently captured this image of the star Vega, located 25 light years away in the constellation Lyra. Spitzer was able to detect the heat radiation from the cloud of dust around the star and found that the debris disc is much larger than previously thought.

Thank you! Your submission has been received!
Oops! Something went wrong while submitting the form.
END_OF_DOCUMENT_TOKEN_TO_BE_REPLACED