It was the first meteorite in the Egyptian record. Years after the event, scientists concluded through various tests that it came all the way from Mars. 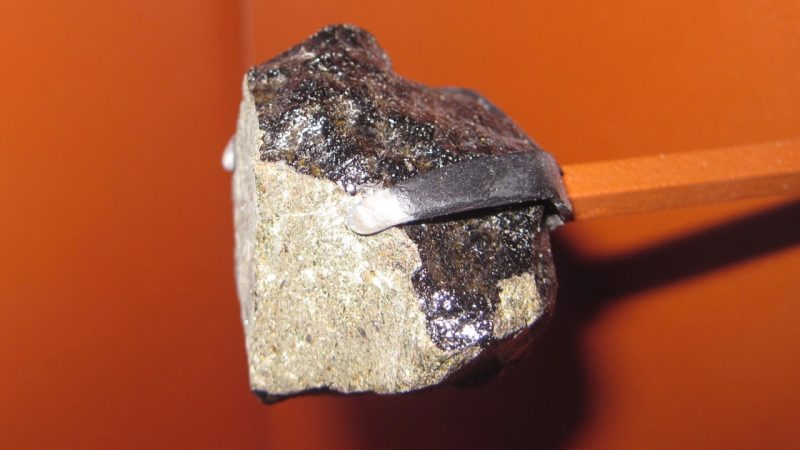 Nakhla meteorite specimen at the American Museum of Natural History, NYC. Nakhla fell in Egypt in 1911. Image via Wikimedia Commons.

June 28, 1911. Life was unfolding as usual in the small village of El Nakhla El Bahariya, Egypt, when, at 9 a.m. local time, the villagers heard explosions coming from far away. They later reported a white trail of smoke that approached them from northeast. About 40 pieces of rock rained from the sky, with a total weight later determined to be about 22 pounds (10 kilograms) of stone. A legend claims that one of those rocks struck a dog, which vaporized instantly! It was the first meteorite in Egyptian records.

Seven decades later, scientists found out that the Nakhla meteorite was no ordinary space rock. Instead, it came from Mars.

Meteorites are places where geology and astronomy meet. They are rocks from space, many of which enter our atmosphere every year. Some 37,000-78,000 tons of space debris enters the atmosphere yearly, by some estimates. They make bright streaks in the sky we know as meteors, or shooting stars. They are mostly dust-sized particles, but some are large or small rocky or metallic chunks.

Very few falling meteors ever become meteorites; that is, the dust and rocks from space rarely reach the ground. Earth’s atmosphere does a good job of protecting us from this incoming debris. A meteor’s name changes to meteorite when it manages to hit the ground, in spite of Earth’s protective blanket of air.

As surprising as it might be, there are only 188 known meteorite craters on Earth as of 2016. Every one of them has its own fascinating story to tell. 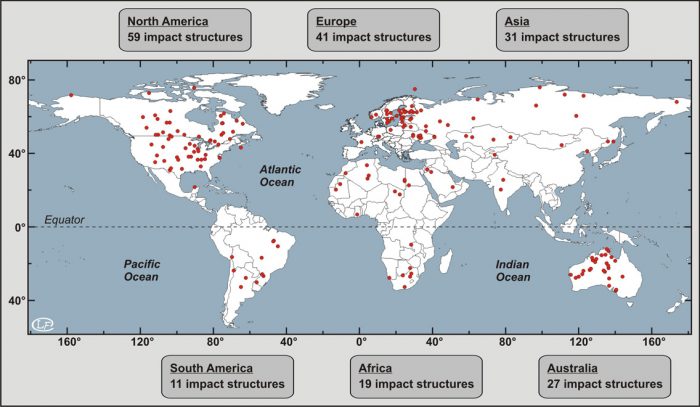 Geologists performed other tests on the meteorite to reveal its origin. They used a process of elimination.

To rule out Earth, they tested the composition and the density of the meteorite. Iron meteorites always contain at least 4% nickel. Meteorites also have a density higher than average for earthly rocks. One of the most revealing tests is to cut a slab of a suspected meteorite and bathe it in acid: if a special pattern called the Widmanstatten pattern appears, the rock is then definitely a meteorite because such iron-nickel crystals never form on Earth. 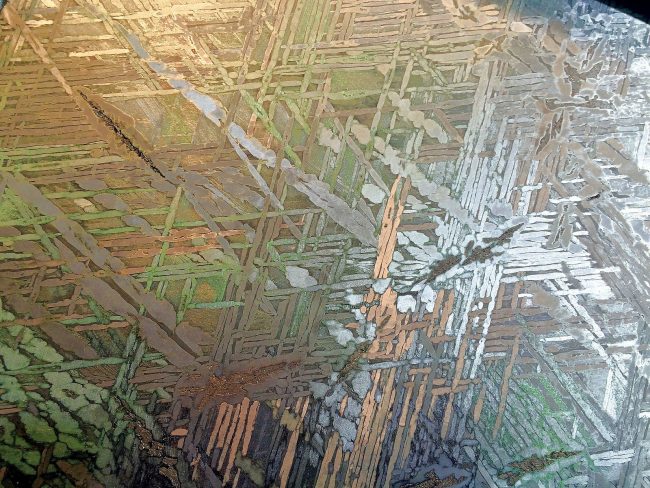 So the Nakhla meteorite was shown not to be an earthly rock, but Earth’s nearby moon was another possible place of origin for the meteorite. However, scientists realized that Nakhla was formed by the cooling of magma; it’s what’s called an igneous rock. Its body of origin must been volcanic, with the volcanic activity taking place 1.3 billion years ago. It’s thought that no volcanic activity has occurred on the moon for about 3 billion years. So the moon was ruled out as a possible place of origin for the Nakhla meteorite.

What’s more, NASA’s missions to the moon returned samples from the lunar surface. Comparing those moon rocks with the Nakhla meteorite confirmed that Nakhla is not from the moon.

Nakhla’s age turned out to be key to pinpointing its origin. It is too young to have come from an asteroid, where volcanic activity is thought to have ceased shortly after the formation of our solar system.

Venus – with its relatively recent volcanic activity – was another possible place of origin for the meteorite. But the relatively strong gravity of Venus and its thick atmosphere both make it very unlikely that a meteorite would be ejected during a volcanic eruption.

And that leaves Mars as the most likely place of origin for the Nakhla meteorite.

The gravity of Mars is much weaker than that of Venus or Earth, and thus the volcanic ejection scenario is plausible.

There’s also evidence that Olympus Mons, the largest volcano known in our solar system, was active when the Nakhla meteorite was formed.

Was the Nakhla meteorite ejected from Olympus Mons during a volcanic eruption, hurled into space, ultimately to find its way to Earth? It seems possible that is the case. 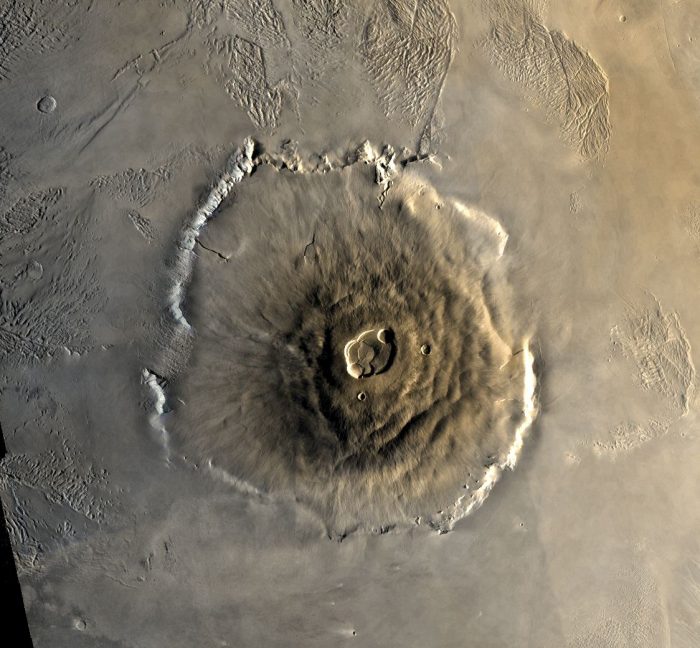 Mars’ Olympus Mons, largest volcano in our solar system. Did the Nakhla meteorite come from here? Image via NASA

Bottom line: Today is the 105th anniversary of the Nakhla meteorite, the first meteorite in the Egyptian record. Many years after the event, scientists concluded through various tests that it came all the way from Mars.

Think you found a meteorite? Read more here about how to identify one!