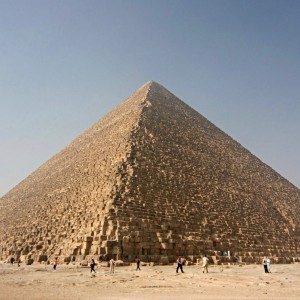 The Great Pyramid of Giza contains passageways that are aligned with various stars as they appeared in the sky when Thuban was the Pole Star. Image by Nina Aldin Thune in 2005 via Wikimedia Commons.

Thank you! Your submission has been received!
Oops! Something went wrong while submitting the form.
END_OF_DOCUMENT_TOKEN_TO_BE_REPLACED