To see Mimosa, you need to be at the latitude of New Orleans, Hawaii, Cairo or New Delhi. From the Southern Hemisphere, Mimosa is a prominent and beloved star. 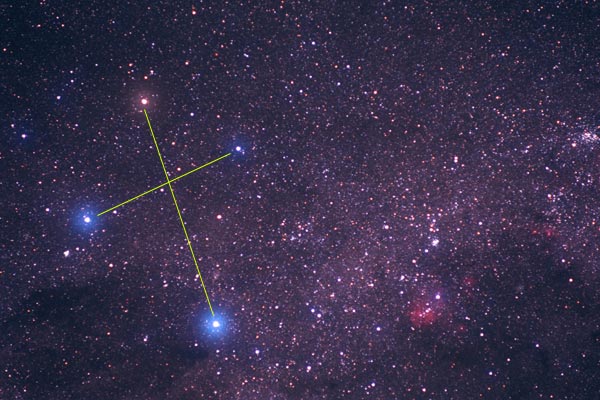 Constellation Crux photo by Christopher J. Picking in New Zealand. Beta Crucis, or Mimosa, is the second-brightest star in the Cross, on the left in this image. More information about this photo here. Used with permission.

So far to the south as to be unfamiliar to the ancient Greeks and Romans, this star was not given a name by the classical astronomers, although many today call it Mimosa. The star is formally known as Beta Crucis, the second-brightest star of Crux, the Southern Cross. It is sometimes also called Becrux by the same naming oddity as with Alpha Crucis (“Acrux”). German astronomer Johann Bayer (1572-1625) is said to have called it Mimosa. Bayer’s reasoning is unclear, but some have suggested that the name might also refer to this star’s blue-white color. Possibly it is reminiscent of the flowers of some members of a large family of tropical trees called mimosa, although most mimosa flowers are purple, red or yellow.

Northerners’ guide to the Southern Cross 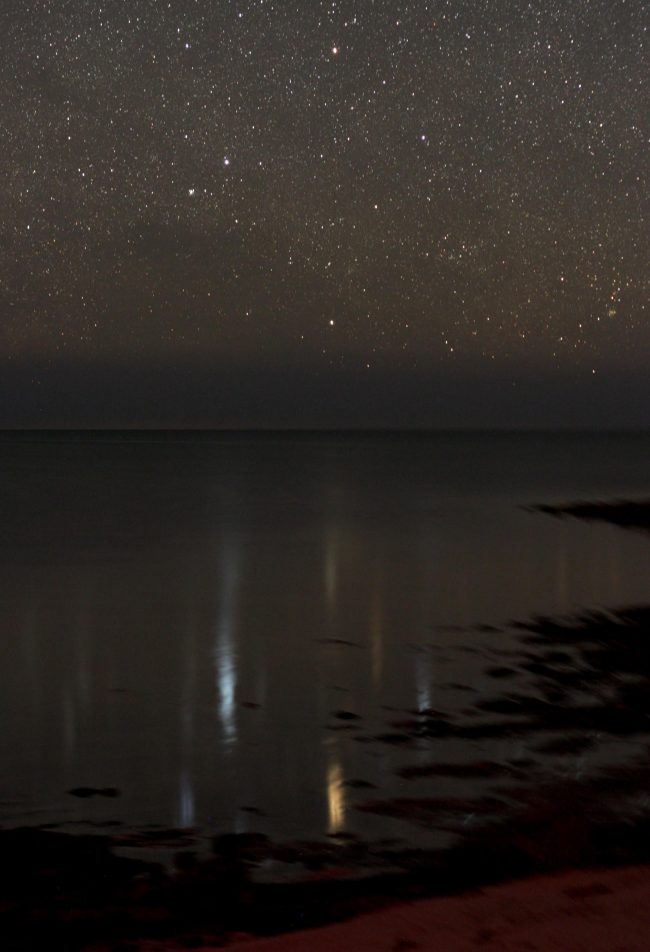 How to see Beta Crucis. Blue-white Mimosa (or Beta Crucis, or Becrux) is the 19th brightest star in all the heavens. It is the second-brightest star in the constellation Crux the Southern Cross. The Cross is a Southern Hemisphere constellation, and you will not see Mimosa north of 30 degrees north latitude. That is approximately north of a line that runs from St. Augustine, Florida, to New Orleans and Austin, Texas, in the U.S. Other cities near this latitude include Cairo in Egypt and New Delhi in India. Southern hemisphere observers know and love Mimosa, though, and it is circumpolar for latitudes of about 30 degrees south and higher.

A midnight culmination occurs when a star is roughly opposite the sun, and ensures that it will be above the horizon a maximum amount of time. This occurs for Mimosa on or about April 2 each year.

The nearer the observer is to the northern observation limit of about 30 degrees, the lower the star will climb into the sky and the shorter the time it will be visible. For example, from Austin, the star barely skirts the horizon for about a half hour at most. Likely it could not be seen at all due to the dimming affects of Earth’s atmosphere. From Miami it rises almost 5 degrees above the horizon and stays up more than four hours.

From Northern Hemisphere locations such as Hawaii, where Mimosa can be seen more easily, it rises in the late evening in late winter, far to the south-southeast, and sets in the predawn hours to the south-southwest. By early June it rises before sundown and sets by midnight. 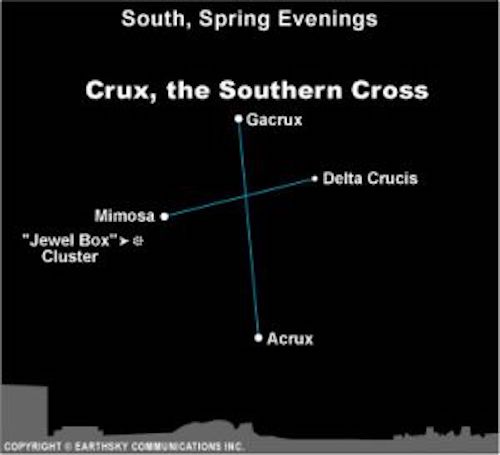 History and mythology of Beta Crucis. Beta Crucis, or Mimosa, was essentially unknown in classical western mythology, as was the Southern Cross itself. Of course, these stars were well known to the Australian Aboriginal peoples as well as the Islanders of Polynesia and the people of southern Africa. In Australia, for example, one Aborigine story is that the stars of the Southern Cross are a reminder of the time and place where death first came to mankind. Two of the stars are the glowing eyes of the spirit of death, and the other two are the eyes of the first man to die.

The main stars of Crux, including Mimosa, appear on the flags of both Australia and New Zealand, Mimosa appearing as the left side of the cross bar, and Acrux as the bottom of the Cross. 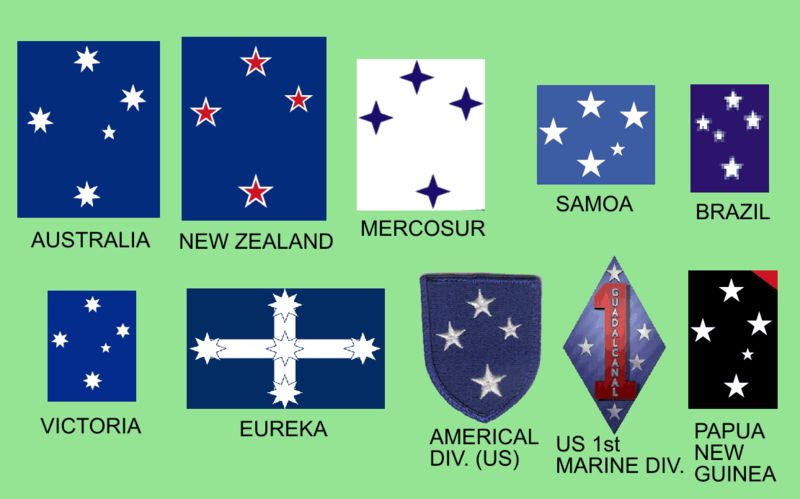 Beta Crucis science. About 353 light-years from Earth, according to data obtained by the Hipparcos mission, Beta Crucis or Mimosa has a visual magnitude of 1.25. It is a giant (or subgiant) blue star, with a spectral classification of B0.5III (B0.5IV), more than 3,000 times brighter than our sun in visible light. However, Mimosa is blue and as such very hot (nearly 28,000 kelvins as estimated by astronomer James Kaler, or about 49,000 degrees F – 27,000 degrees C – at the surface). Such high temperatures demand that much of the the star’s energy be radiated in ultraviolet and higher frequencies invisible to the human eye. When you take this into account, Mimosa is about 34,000 times more energetic than the sun, according to Kaler.

Mimosa is thought to have a radius about eight times that of the sun, and a mass 14 times greater. However, these figures are not certain because it is also known that Mimosa has a small stellar companion about which little is known. Since all we can observe is the combined light of both, it is difficult to be precise on all details. The star also is a complex variable with three short periodicities in its light, which varies less than a 20th of a magnitude over several hours. Directly south is the Coal Sack, a distinctive dark nebulosity in the Milky Way, part of Crux. 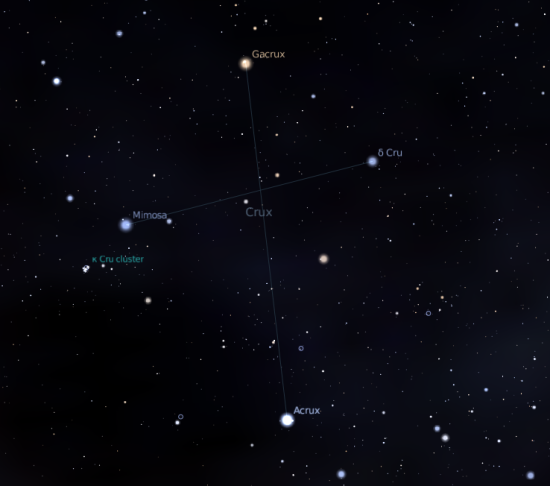 Bottom line: Mimosa is the second-brightest star in Crux, the Southern Cross.