With your eyes alone, Almach looks like a single star. Through a telescope, it looks like a colorful duo. But today we know Almach is really 4 stars. 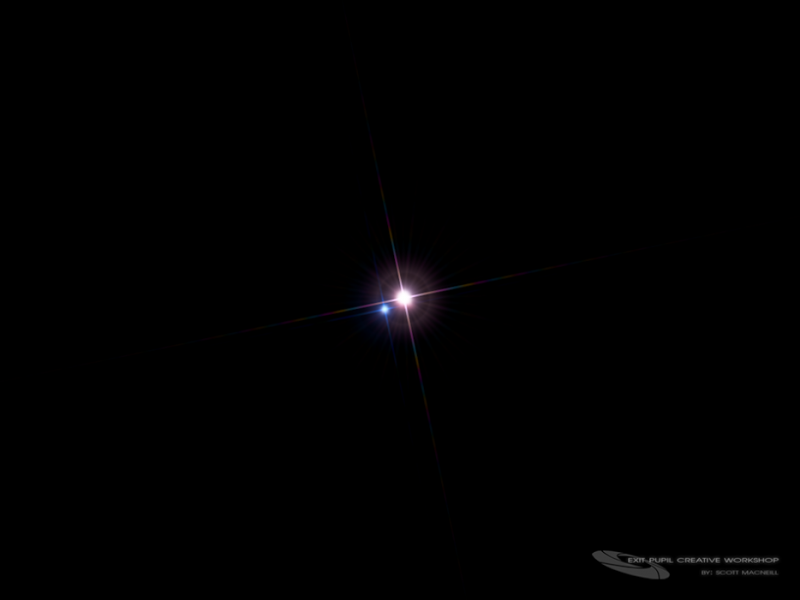 Through even a modest telescope, the star Almach (Gamma Andromedae) appears as one of the finest double stars in all the heavens. EarthSky friend Scott MacNeill captured this shot with the aid of a 12-inch Newtonian telescope. Thank you, Scott!

The constellation Andromeda the Princess is renowned for the Andromeda galaxy, but anyone with even a modest telescope would be remiss to overlook Andromeda’s star Almach (Gamma Andromedae), which appears in a telescope as one of the finest double stars in all the heavens. One component of this telescopic double appears golden, and the other component appears indigo blue. What’s more, further research has shown that Almach is really four stars. 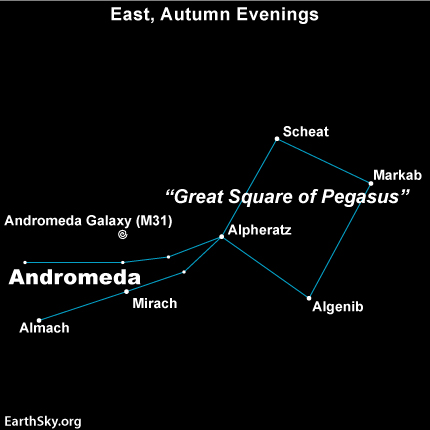 Almach looks like a single star to the unaided eye. In skylore, Almach marks the Princess Andromeda’s left foot.

How to find the star Almach. In skylore, Almach marks the Princess Andromeda’s left foot. Star-hop to Almach from the Great Square of Pegasus, the signature star formation of Northern Hemisphere autumn.

Jump three stars over on the lower streamer to locate Almach. At second-magnitude brightness, Almach shines pretty much on a par with the stars of the Big Dipper.

This star – or we should say star system – is located an estimated 350 light-years away.

Notice the star Almach in the upper right of this photo, almost directly above the Pleiades star cluster. Photo via aquinoktium on Flickr.

Almach looks single, but is really four stars. Look through the telescope to see Almach transform into two colorful suns. The larger sun appears golden, and the smaller one appears blue.

Practiced telescope users recommend a magnification of 75X or so for the most vivid view of this colorful double.

Some double star aficionados believe Almach’s vibrancy of color even surpasses that of the star Albireo in the constellation Cygnus, generally regarded as the sky’s finest double star. In autumn, both Almach and Albireo are there for the viewing, so check them out and decide for yourself. 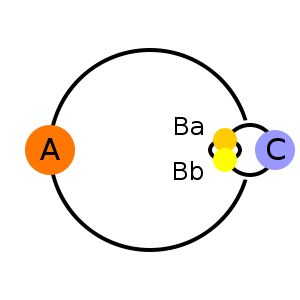 The double nature of Almach has been known since 1778, when the astronomer Johann Tobias Mayer viewed them through one of the early telescopes.

Today, it’s known that the smaller blue star is also a triple star system, making Almach four stars in all.

Almach shines relatively close to the famous variable star Algol in the constellation Perseus. When Algol shines at maximum brilliance, it matches Almach in brightness.

Bottom line: Almach looks single to the eye. But astrononomical research has revealed that one component is a triple star system, with four stars in all.