Return of the young moon, and Venus

Two lovely and hopeful signs in the sky … the returning young moon and Venus. Photos here from the EarthSky community. 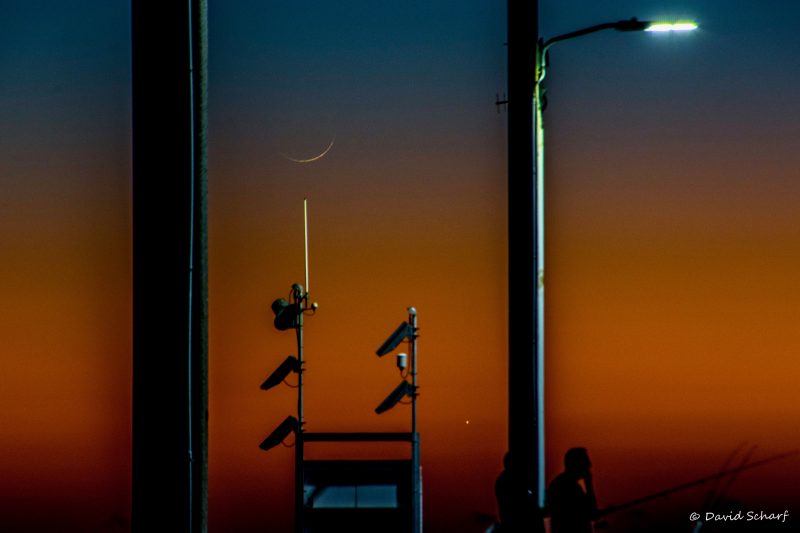 David Scharf in Tampa, Florida, caught the young moon and Venus on February 16, 2018. In your sky, Venus will appear faint against the twilight background because it’s so near the sunset. Still, even when it’s low in the sky and near the sun, Venus’ brightness can surprise you!

The moon was new on February 15, and it’s now back in the evening sky. This weekend, we received various photos of what astronomers call a young moon, that is, a waxing crescent moon visible in the west after sunset. February’s young moon was particularly fun to see. That’s because – as it swept along in its orbit day by day, getting increasingly farther from the sunset – it pointed the way toward the sky’s brightest planet, Venus, which has also just now returned to the evening sky.

In the days ahead, the moon will wax larger. You’ll surely notice it. And Venus? It’s much harder to spot than the moon, but, in the weeks ahead, Venus will climb higher in the evening twilight sky. One of these evenings – soon – you’ll spot Venus, too!

In the meantime, enjoy these moon photos – and Venus photos – from people in the EarthSky community who spotted the moon, or the moon with Venus, this past weekend. 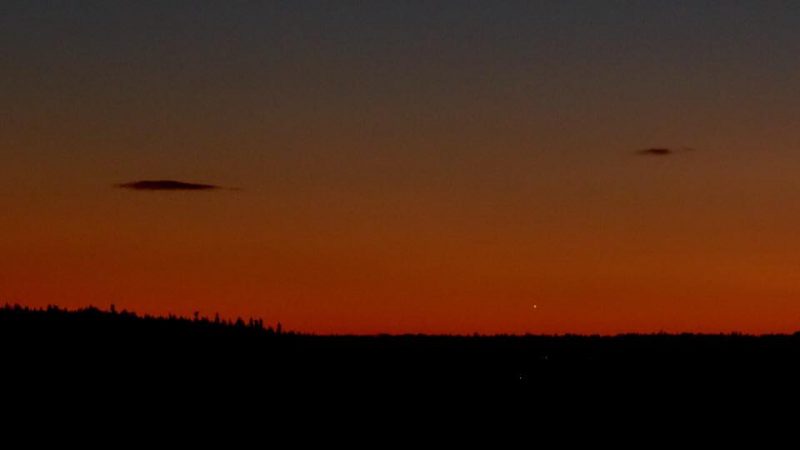 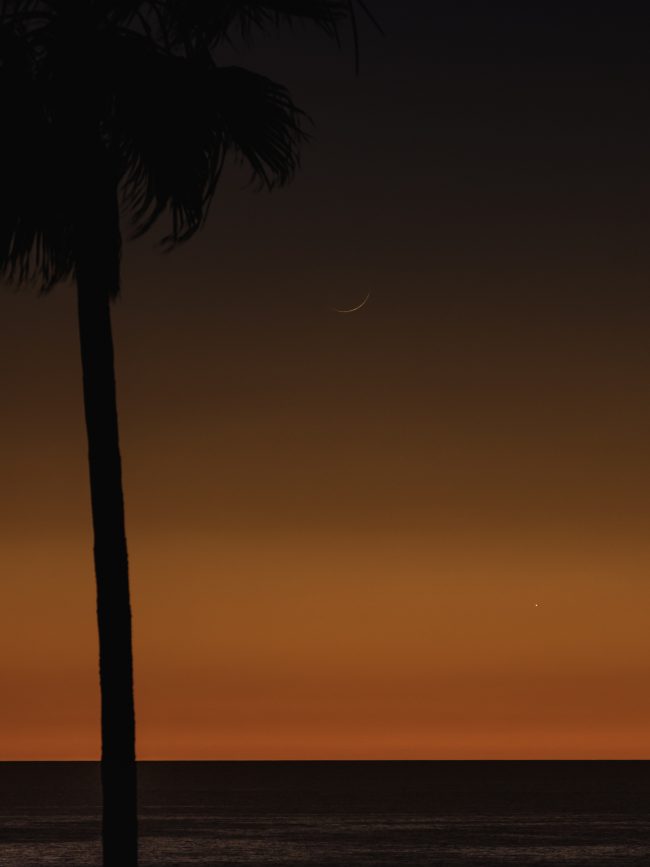 View larger | Robb Low in San Diego caught the young moon (lower right of tree) and Venus (bottom right) on February 16! He wrote: “Being a big fan of EarthSky and the upcoming young-moon-and-Venus appearance, I was excited to seeing the clouds clear … Went out to a bluff overlooking the ocean at Scripps Institute of Oceanography to catch the green flash and a great show. I was able to capture Venus still shining bright right up to the very edge of the horizon.” 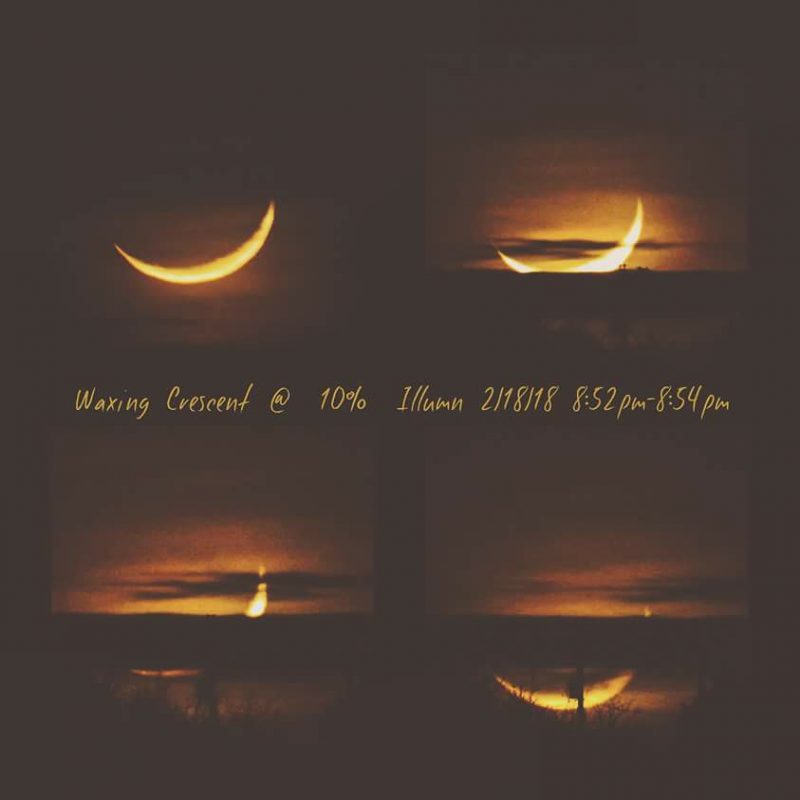 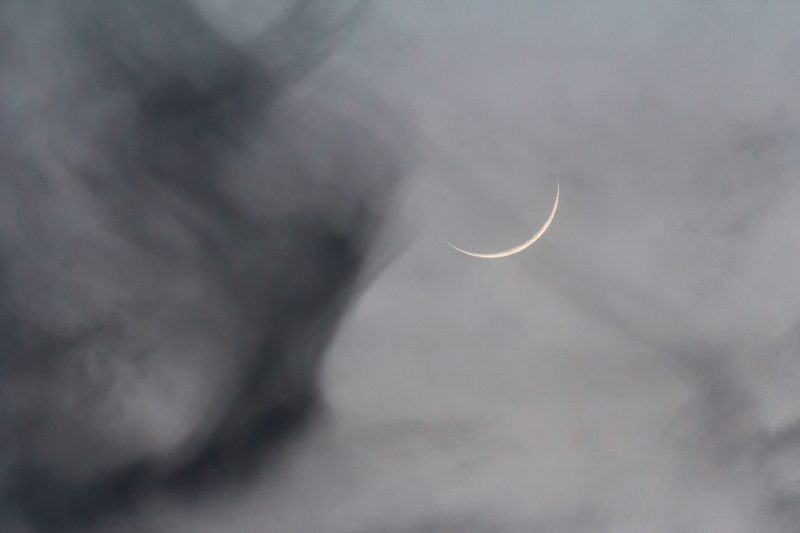 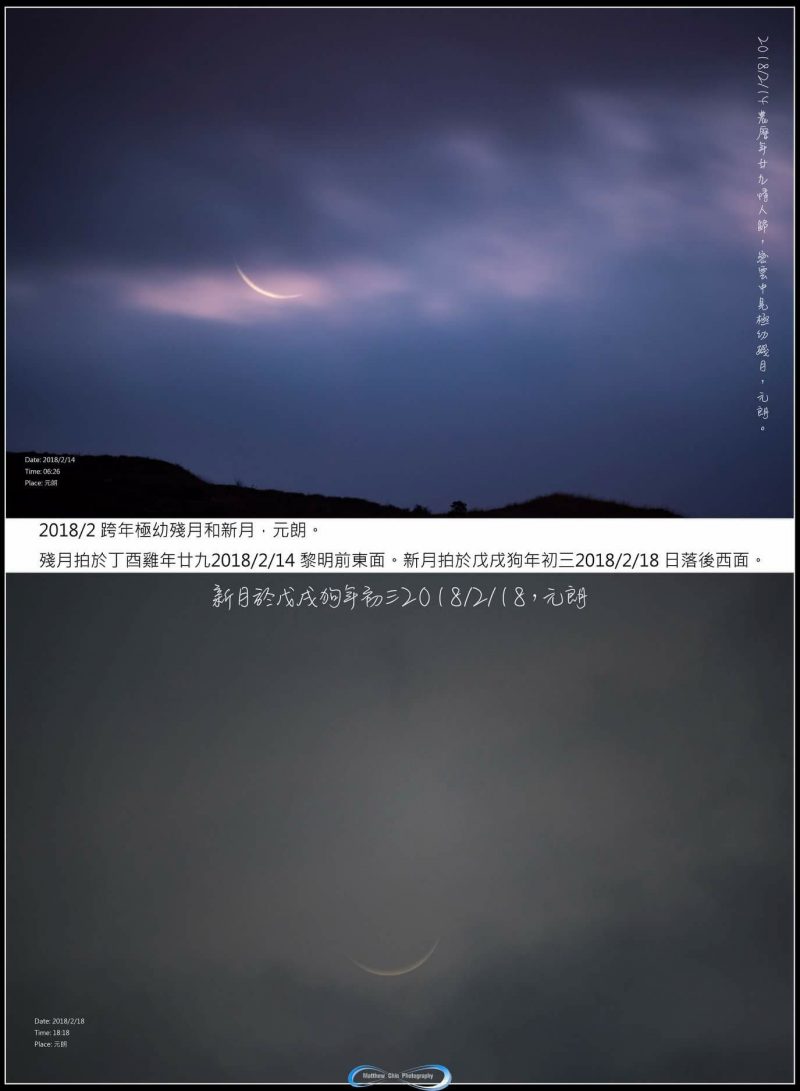 Matthew Chin wrote: “The thin moon just before and after Chinese New Year, 2018, in Yuen Long, Hong Kong.” Chinese New Year is based on a lunar calendar, and this month’s new moon – on February 15 for the West and February 16 for Asia – marked the correct time for 2018. 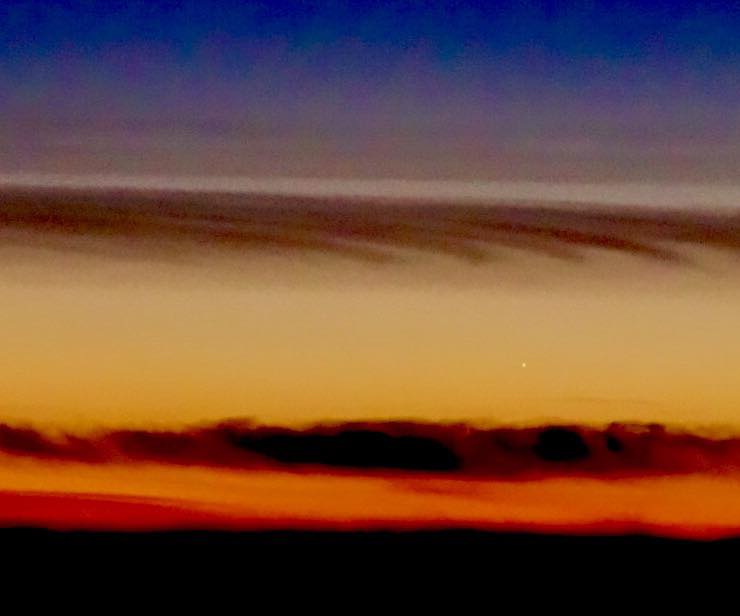 Brett Joseph caught Venus over Oregon on February 10, 2018, and wrote: “The return of Venus as evening ‘star.’ Photo taken from an airplane above Oregon on Saturday, February 10, around 6:05 p.m. Sony RX100M2 through three airplane windows.” Notice Venus is in very bright twilight now! It’ll appear higher above the sunset in the weeks ahead.

Bottom line: February, 2018 photos of the young moon and Venus.