Venus after sunset and before sunrise!

The planet Venus is now appearing in the west after sunset and in the east before sunrise. Don’t believe it? Astronomer Bruce McClure reports on his observation. 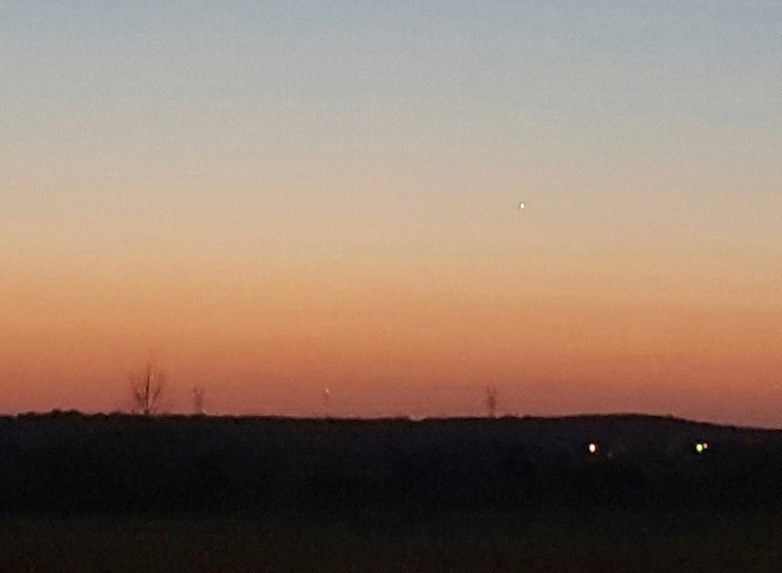 To see Venus now, you have to look very low in the twilight sky. Luckily, Venus is bright! Use binoculars to scan for it near the horizon. Photo taken March 18, 2017 by Julie Stracener in Burleson, Texas.

If you have very clear skies all the way to the horizon, in the hour or so before sunrise and after sunset, you might just catch Venus in both the morning sky and the evening sky right now. From my home in northern New York (45onorth latitude), for example – with my 10 x 50 binoculars – I managed to catch Venus as a slender crescent one minute after sunset on March 22, 2017. The following morning, on March 23, I saw the crescent Venus 9 minutes before sunrise. A double feature!

Moreover, I was amazed at how sharp and crisp the crescent appeared in my binoculars. The unseasonably cold weather in my location provided for crystal-clear skies.

Venus is now transitioning out of the evening sky and into the morning sky. Its inferior conjunction – when it passes more or less between the Earth and sun – will come on March 25, 2017. Remember in 2012, when Venus passed directly in front of the sun’s face, and we had a transit of Venus? That happens only rarely. Most of the time, at inferior conjunction, Venus passes above or below the sun as seen in Earth’s sky.

Because Venus passes a whopping 8o north of the sun on March 25, 2017, Venus can be seen as both the evening and morning “star” for a few to several days at northerly latitudes. 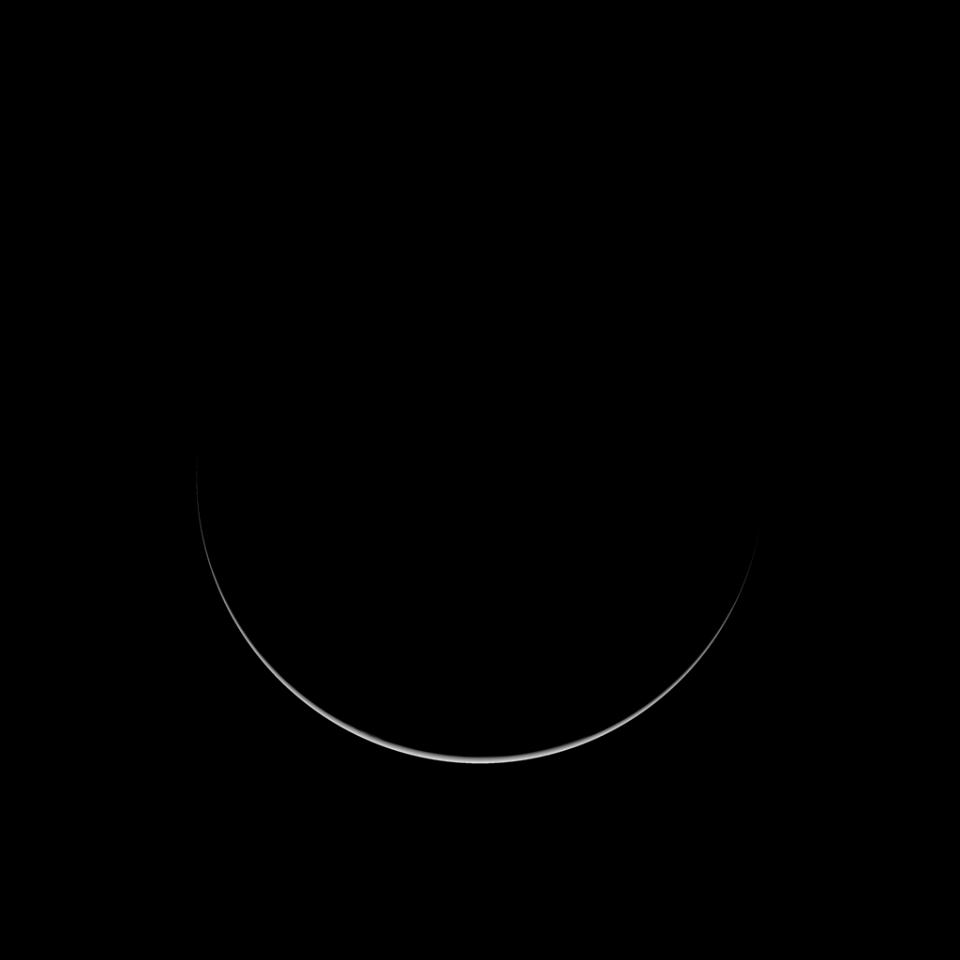 Bottom line: Watch for Venus around March 25, 2017 in both the west after sunset and east before sunrise!