Three planets – Mars, Saturn, Venus – at nightfall throughout May 2012

Posted by Deborah Byrd in Astronomy Essentials | May 1, 2012

Three planets light up the sky as soon as darkness falls on these May 2012 nights. This post tells you how to spot them.

May 2012 guide to the five visible planets

Three planets light up the sky as soon as darkness falls on these May 2012 nights. Venus beams like a lighthouse in the western sky at dusk. Mars and Saturn are up at nightfall, too, nowhere as bright as Venus, but as bright as the brightest stars. 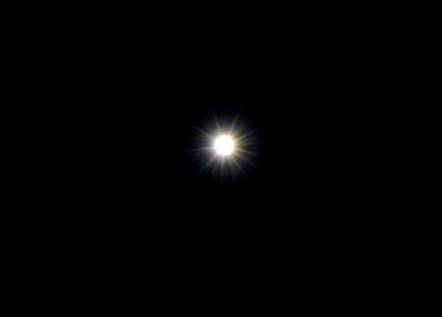 Enlarged photo of Venus via our friend Frank Komitsky. Look on Facebook to see the cool collage from which this image was taken.

Venus is the brightest planet in the west after sunset now, approaching its time of greatest brilliancy in late April and early May. Venus is always stunning, but, when it’s at its brightest as now, it always appears somewhat low in the sky, and it takes on an eerie sort of brightness. Many report it as a UFO. You’ll have no problem finding Venus. After sunset, just look west. And for more about its extreme brightness try this post:

Why is Venus so bright right now?

Mars hangs high in the south after nightfall. It’s still bright even though we’re nearly two months past its March 3, 2012 opposition, when Earth passed between Mars and the sun. Mars is still in front of the constellation Leo, and the Red Planet still shines close to Regulus, the constellation Leo’s brightest star. 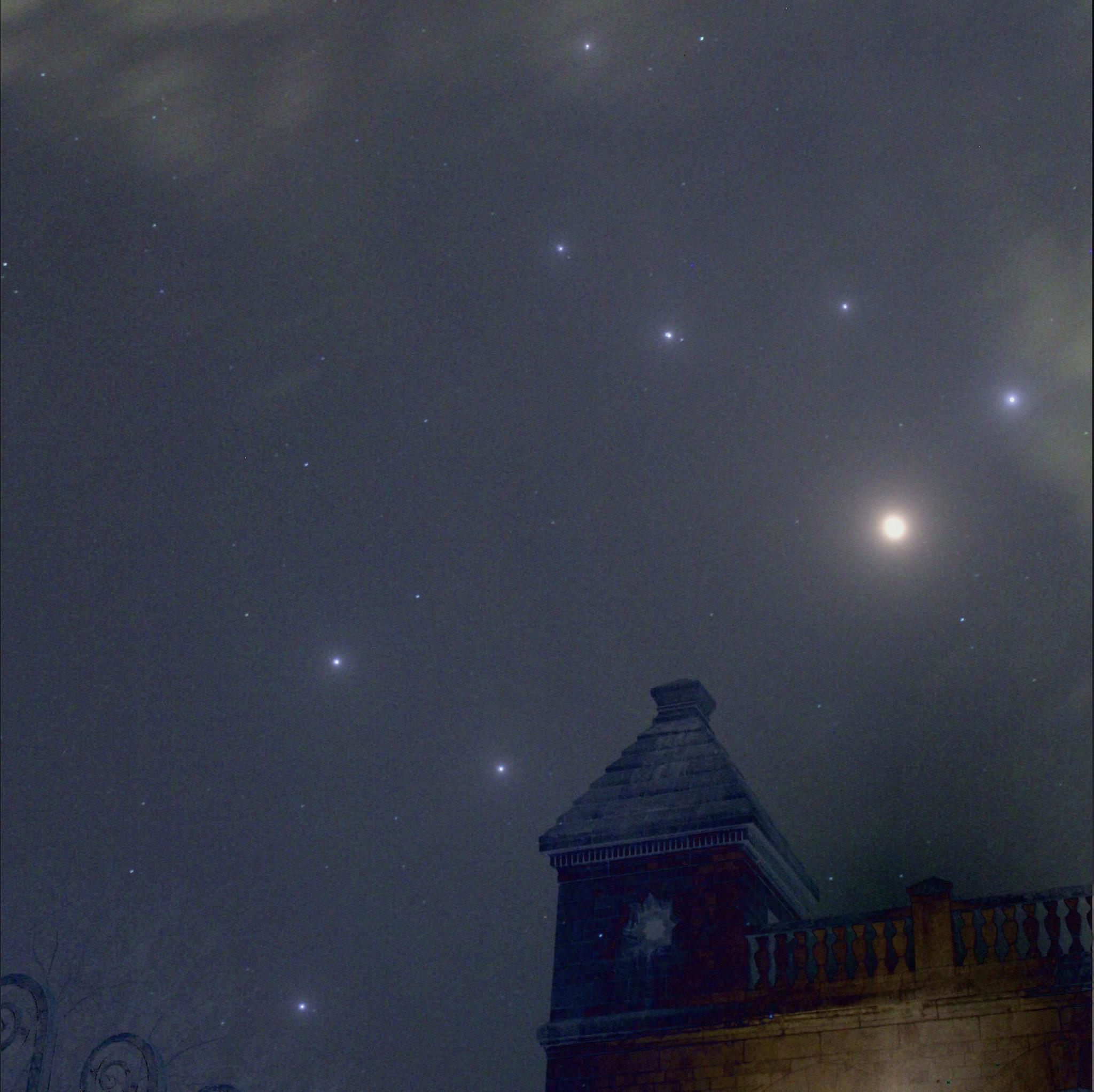 Bright reddish Mars near the backwards question mark pattern in constellation Leo the Lion. This beautiful photo is from EarthSky Facebook friend VegaStar Carpentier in Paris. Thank you, VegaStar!

Expand the image above! It’s beautiful.

To find Mars, look high in the south when darkness falls. The planet is bright and orange in color, and those facts should help your eye pick it out. To confirm the object you think is Mars truly is Mars, look for the backwards question mark pattern in the constellation Leo the Lion (see image above). The backwards question mark in Leo is called The Sickle, and it represents the head and shoulders of Leo. The bright blue-white star Regulus marks the bottom of the question mark pattern. Mars is close to Regulus. 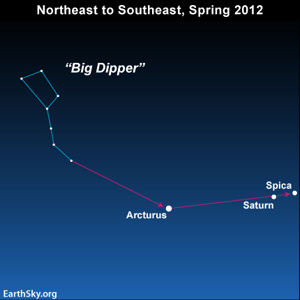 Familiar with the Big Dipper? Use the Big Dipper handle to arc to Arcturus and then spike Spica – and Saturn. Just follow the curve in the Dipper’s handle into the southern part of the sky.

Saturn sits rather low in the southeast at dusk and nightfall. Saturn is the least conspicuous of the bright planets, but it’s near its brightest now, since its opposition was April 15. In other words, Earth passed between Saturn and the sun then. Saturn is still snuggled up with Spica, the brightest star in the constellation Virgo.

Drive a spike to Spica – and Saturn

If you have difficultly locating Mars and Saturn in the evening sky, let the moon be your guide in the days ahead. The moon will swing close to Mars on Monday, April 30, and Tuesday, May 1, and then will sweep close to Saturn for a few days, starting on Thursday, May 3. Be sure to circle these dates on your calendar!

Is biggest and closest full moon on May 5, 2012 a supermoon?

Bottom line: You can see three planets at nightfall in late April and May 2012: Venus, Mars and Saturn. This post tells how to spot them and provides illustrations.