Add sunspots to the list of wondrous sights to look for during the total solar eclipse of August 21, 2017. 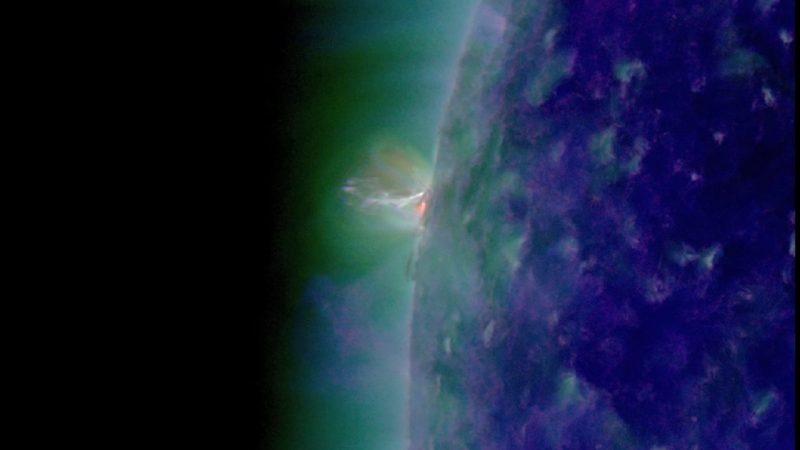 A C1-class flare erupted on the sun during the early hours of August 14, 2017. It heralded a new sunspot region that will be making its way across the sun’s face in the coming week. See a movie of the August 14 solar activity. Image via NASA SDO/ Spaceweather.com.

On August 14, 2017, a new active region showing small sunspots appeared on the eastern limb, or edge, of the surface of the sun. If this region on the sun remains active or evolves, the new sunspot(s) will – for those with access to telescopes – complement other amazing sights during the total solar eclipse of Monday, August 21, 2017. That’s great news and unexpected, since we’re now so near Solar Minimum, an 11-year cycle of activity on the sun, and sunspots aren’t as frequent this year as they were a few years ago. Spaceweather.com reported on August 14:

Suddenly, the eastern limb of the sun is crackling with minor solar flares, heralding the approach of a new sunspot …

The coming sunspot(s) likely require magnification to be visible, and please remember: always use safe solar filters whenever you observe or take pictures of the sun. 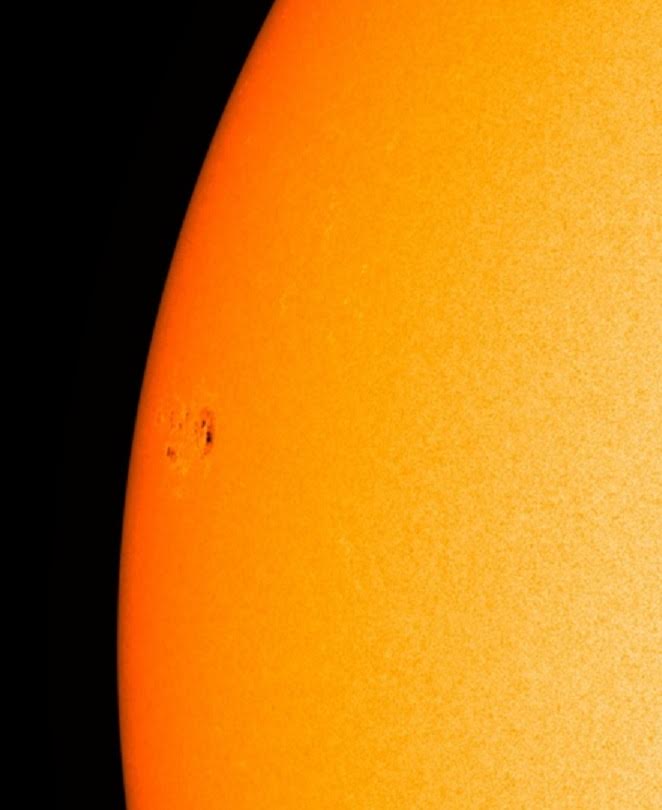 By later in the day on August 14, the new sunspot group could be seen more clearly. Image via NASA SDO. You can see the latest SDO images of the sun here and here.

As the sun rotates, new sunspots appearing on the sun’s edge usually take from 5 to 6 days to reach the sun’s center – that is, the Earth-facing center of our star – and may take a total of from 11 to 12 days to reach the opposite edge of the sun. This means that if the new sunspot(s) that appeared on August 14 remain visible, these features should be located not far from the center area of the sun during the August 21 solar eclipse.

Sunspots are regions of intense magnetic activity which appear dark and are “cooler” or less hot than other areas on the surface of the sun. Sometimes they grow several times the size of Earth’s diameter. 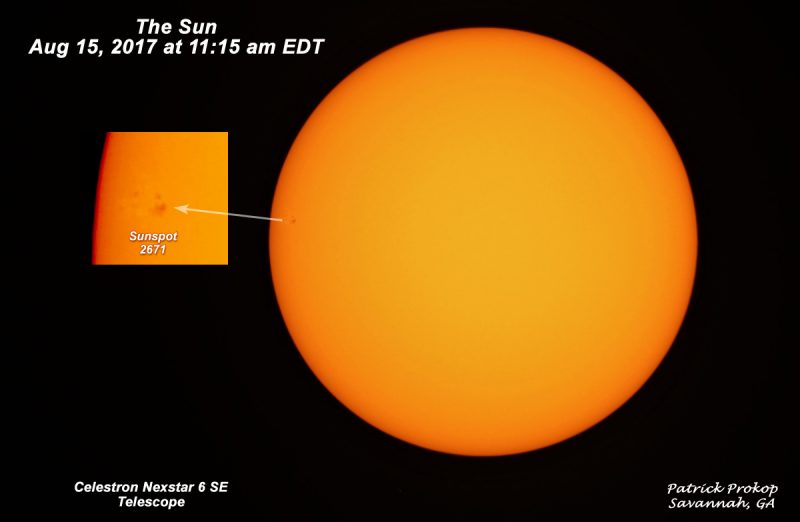 On the morning of August 14, there were solar flares or explosions in the new active region of the solar surface. The largest was categorized as a C1-class explosion, and Spaceweather.com pointed out:

During Solar Maximum, such a solar flare would be considered too minor to report. Now, however, the sun is close to Solar Minimum, so even a C-flare is noteworthy. In fact, it is noteworthy. A typical C-class solar flare releases as much energy as 1 billion WWII atomic bombs. Only on the sun, which is itself a 1027 ton self-contained nuclear explosion, would such a blast be considered puny.

Amateur astronomers with safely-filtered solar telescopes are encouraged to monitor the eastern limb for further developments.

What to look for during a total solar eclipse 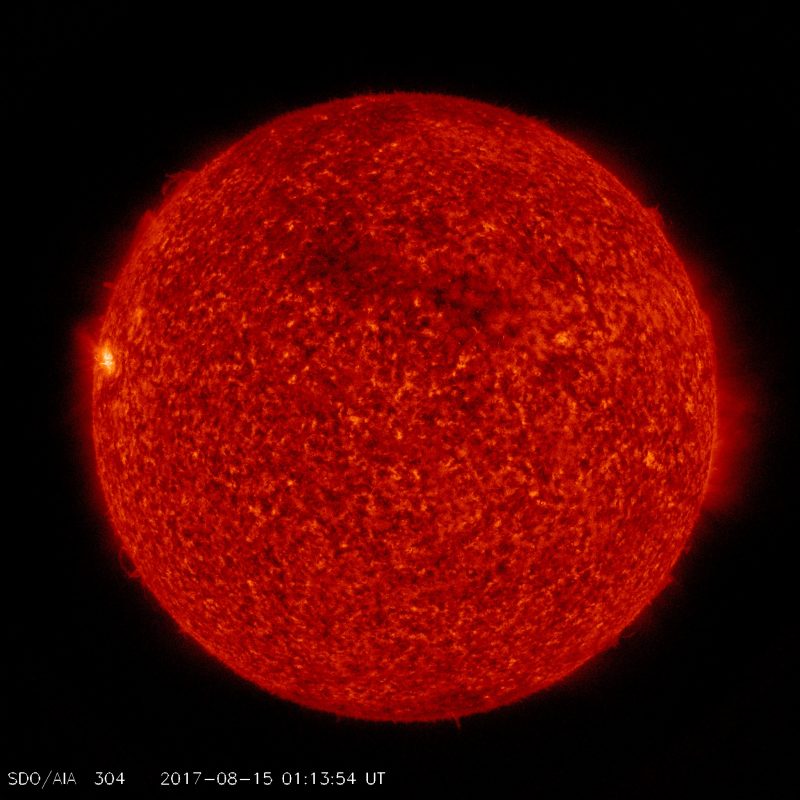 Bottom line: A sunspot is becoming visible on the edge of the sun and should be in a good place to be viewed during the partial phases of the August 21 total solar eclipse.

Enter your zip code to learn how much of the solar eclipse you’ll see, and what time