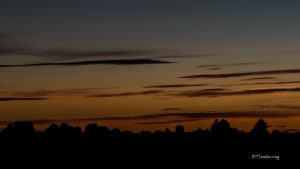 Click image to view larger. | After seeing your article, we hoped for a clear horizon at dusk. Clouds threatened all evening. About 9:15 we seemed to catch a break. We drove to where we had a view of the horizon. After some searching we found Venus! We also spotted Saturn, Mars & Jupiter… great practice for when all 5 are back in the sky later this month.

Thank you! Your submission has been received!
Oops! Something went wrong while submitting the form.
END_OF_DOCUMENT_TOKEN_TO_BE_REPLACED