Not traveling to the centerline of the eclipse? Expect NASA images via 11 spacecraft, at least 3 aircraft, more than 50 high-altitude balloons, and the International Space Station. 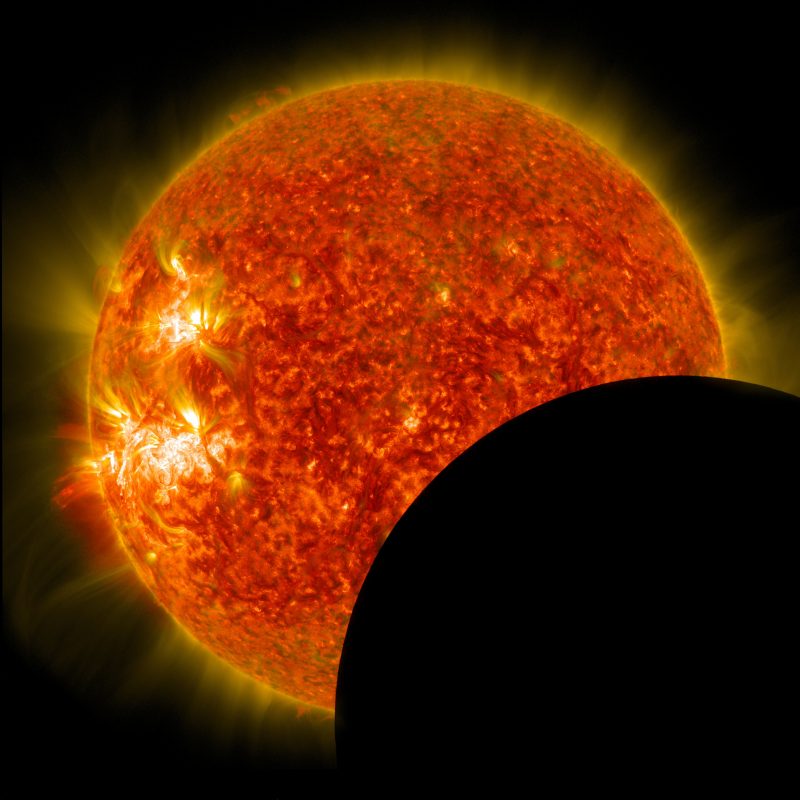 January 30, 2014 image of the moon crossing in front of the sun, captured by NASA’s Solar Dynamics Observatory from its vantage point in space. Image via NASA.

Like so many throughout North America, NASA recently announced its plans for observing the August 21, 2017 total solar eclipse. It is the first total eclipse of the sun visible in the contiguous U.S. since 1979, and the first in 99 years whose path stretches across the entire U.S. continent. Many plan to travel to the centerline of the eclipse; in fact, half the U.S. population lives within 400 miles – a solid day’s drive – of the centerline. But others will stay home to experience the partial eclipse in their own cities and neighborhoods … and to view the wealth of images to come, from NASA and others. NASA’s plans are briefly outlined below. 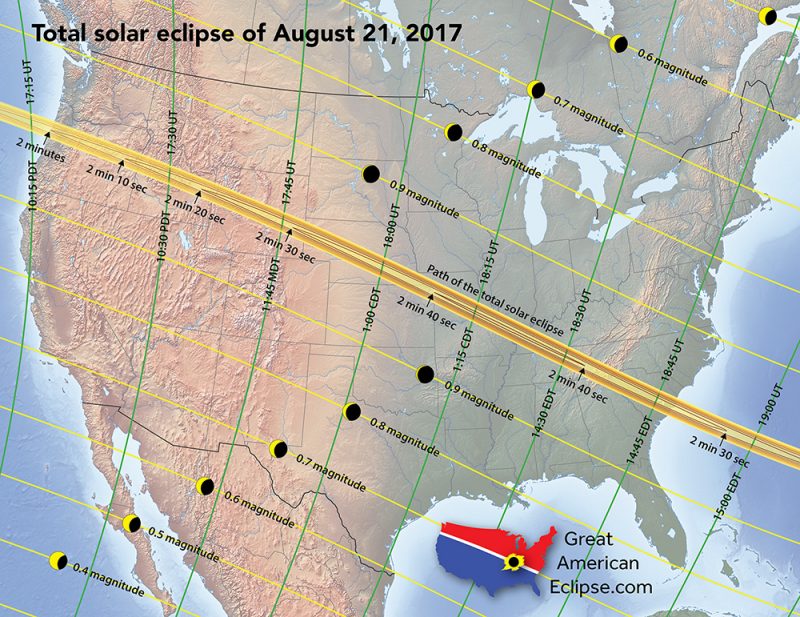 NASA said it will:

– Capture images of the eclipse before, during, and after the totality – when the new moon covers the sun entirely – using 11 spacecraft, at least three NASA aircraft, more than 50 high-altitude balloons, and the astronauts aboard the International Space Station.

– Air a multi-hour show on NASA Television titled Eclipse Across America: Through the Eyes of NASA. The show will offer live video of the event, along with coverage of activities in parks, libraries, stadiums, festivals and museums across the nation, and on social media. 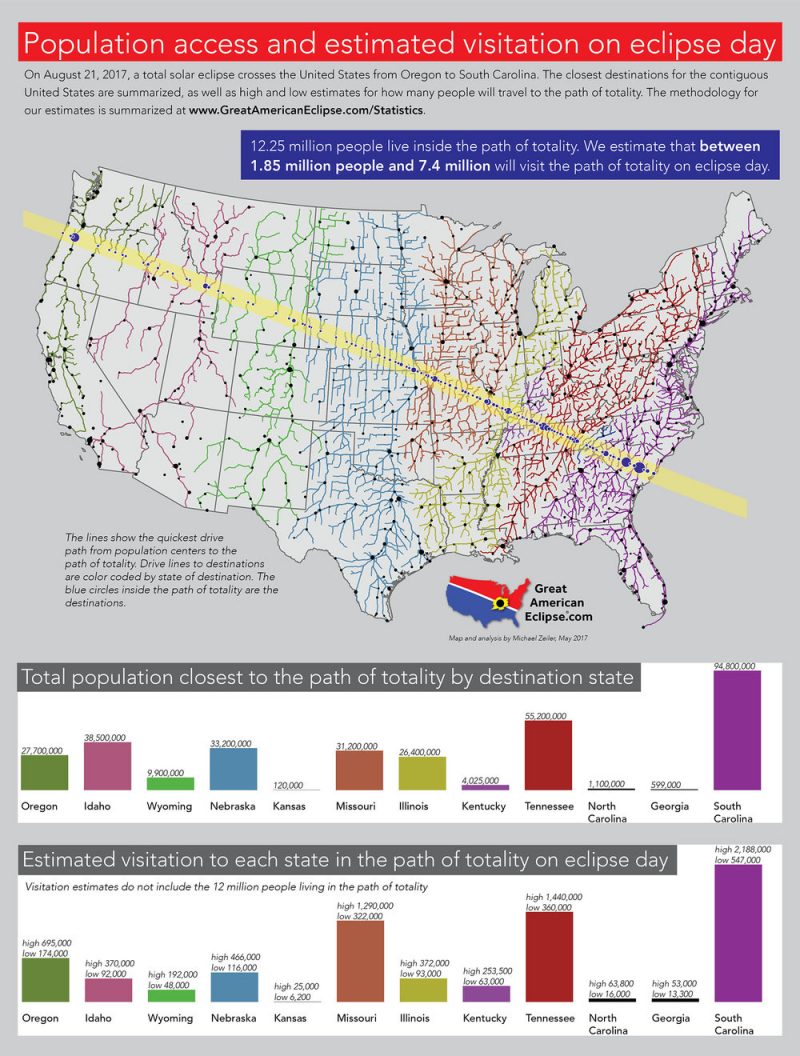 View larger. | This infographic summaries the quickest paths to the eclipse from throughout the U.S., along with estimates of eclipse visitation. Image via GreatAmericanEclipse.com. Used with permission. Read more.

The path of the total eclipse will stretch from U.S. coast to U.S. coast – from Oregon to South Carolina – and 14 U.S. states will experience more than two minutes of darkness in the middle of the day during the total part of the eclipse. Meanwhile, using specialized solar viewing glasses or other equipment, all of North America will be able to view at least a partial eclipse lasting two to four hours.

NASA had these recommendations for eclipse viewing safety:

The only safe way to look directly at the uneclipsed or partially eclipsed sun is through special-purpose solar filters, such as eclipse glasses or handheld solar viewers. Homemade filters or ordinary sunglasses, even very dark ones, are not safe for looking at the sun. In the 70-mile-wide swath of the country that will experience a total eclipse, it’s safe to look at the total eclipse with your naked eyes only during the brief period of totality, which will last about two minutes, depending on your location.

An alternative method for safe viewing of the partially-eclipsed sun is with a pinhole projector. With this method, sunlight streams through a small hole – such as a pencil hole in a piece of paper, or even the space between your fingers – onto a makeshift screen, such as a piece of paper or the ground. It’s important to watch the screen, not the sun.