Moon on its way to the eclipse

Insights and a cool chart from astronomer Guy Ottewell. Plus, if you click in, you’ll find photos of waning crescent moons from the past few mornings … 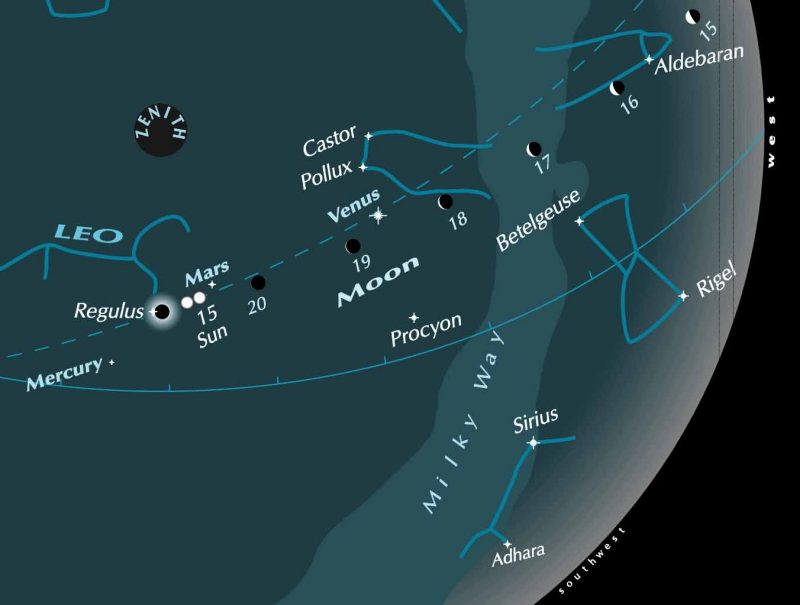 Image via Guy Ottewell. Used with permission. See the planets near the eclipsed sun? See 4 planets at totality.

The moon has three-and-a-half days to go until its new phase – the moment, this time, when it will stamp on the sun. The strides of the moon toward its appointment with the sun are shown in the detail above, from the sky-scene illustration in The Under-Standing of Eclipses.

Each morning from now on, you could see it take one stride (of a bit less than an outstretched handspan) nearer to the sun. So you could each morning be up one hour later to see its dwindling crescent. 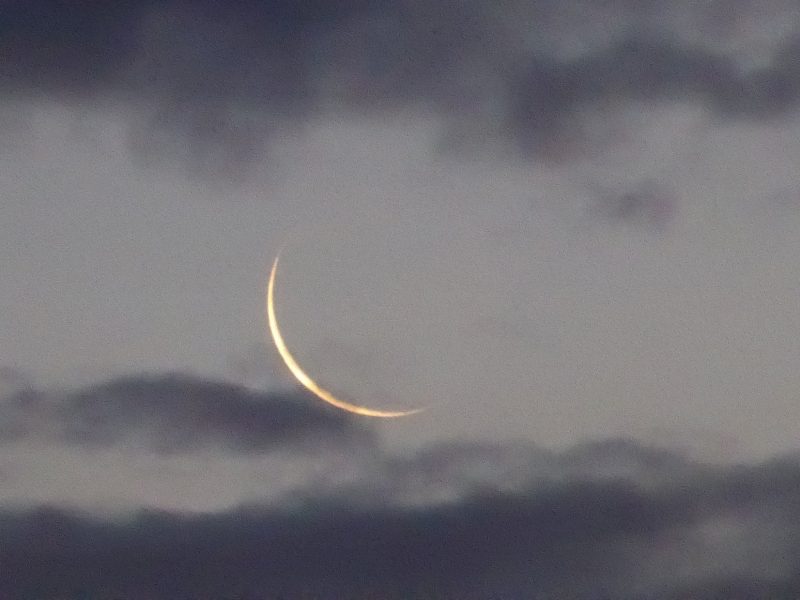 One day before eclipse day, the moon is an extremely thin crescent visible very low in the east before sunrise. Photo taken August 20, 2017 by Garry D. Irvine in Scotland. 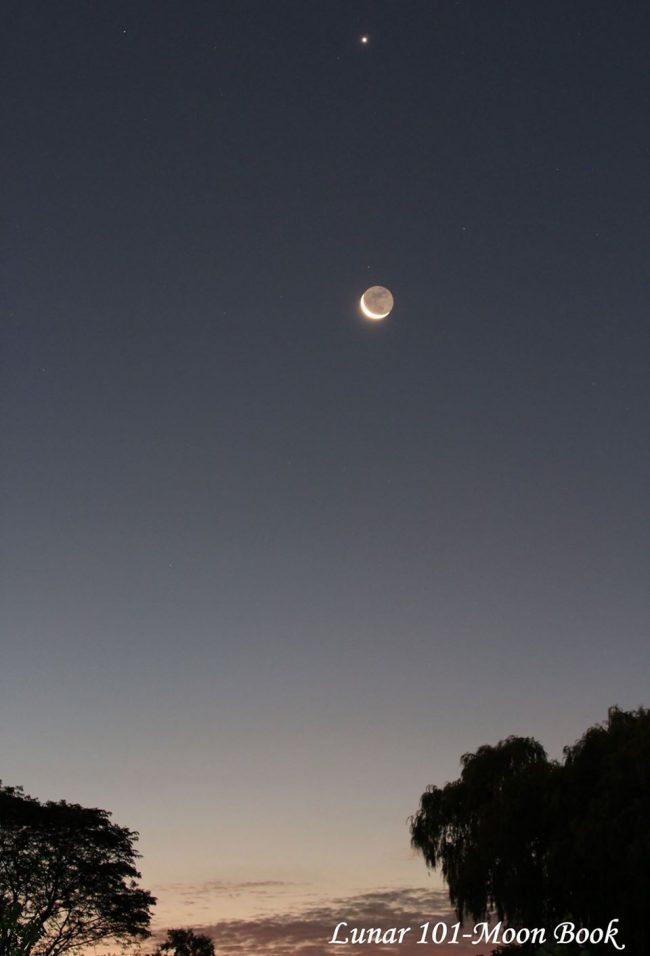 Closer and closer to sunrise! This is the moon on the morning of August 19, 2017 from our friend Lunar 101 Moon Book. It has now passed Venus – the bright “star” in this photo – and is heading toward its date with the sun. Will you see the moon Sunday morning? Maybe! Look low in the east. 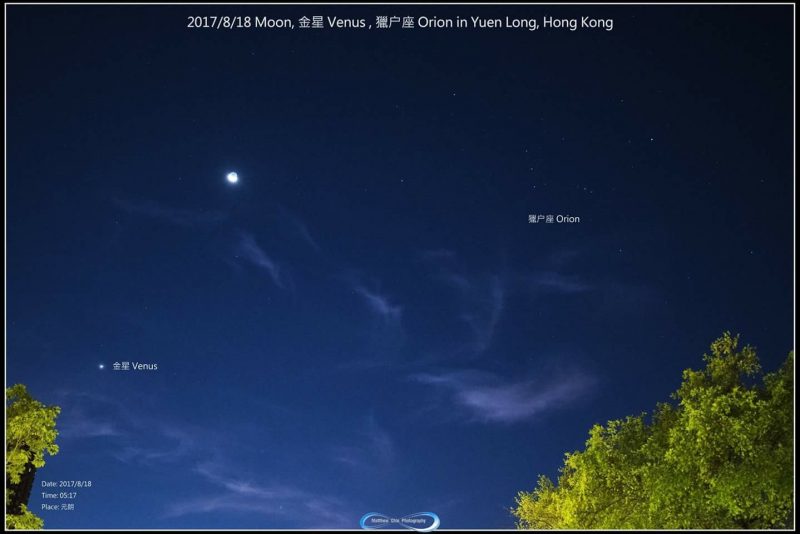 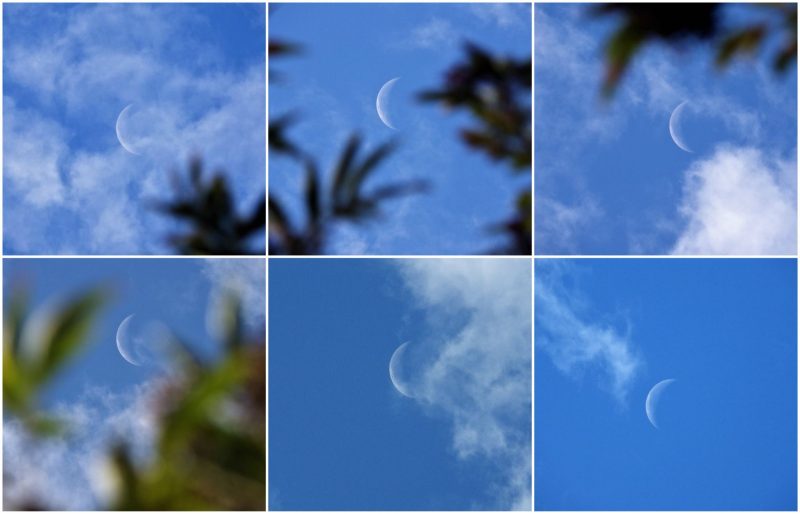 Mosaic of the crescent moon on the morning of Thursday, August 17, 2017 via our friend Deirdre Horan in Dublin, Ireland. 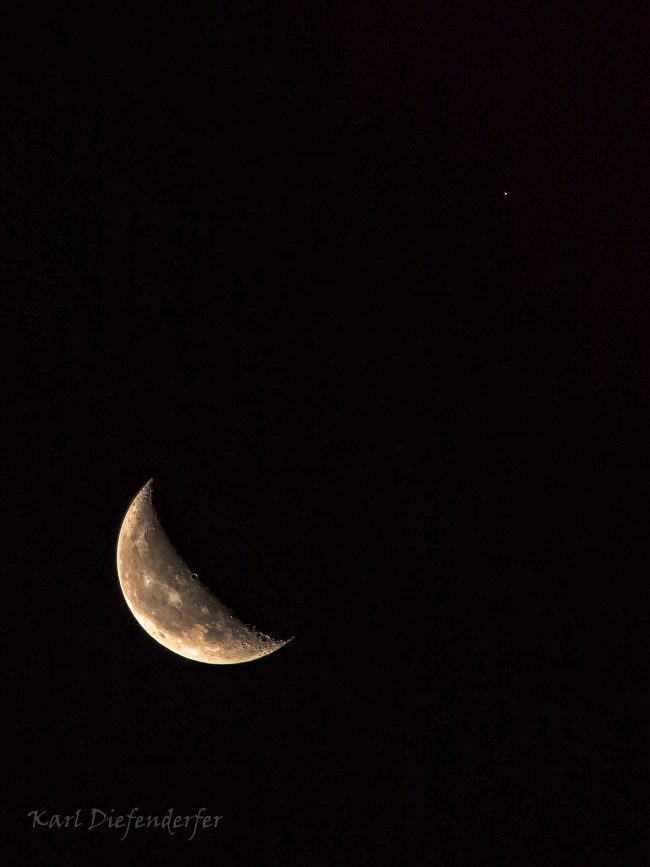 Waning crescent moon on the morning of Wednesday, August 16, 2017 via our friend Karl Diefenderfer of Quakertown, Pennsylvania. The bright nearby star is Aldebaran in the constellation Taurus. Karl wrote: “I’m very excited to see the moon age because that means the solar eclipse is almost upon us!”

Bottom line: Sky photos from EarthSky friends, plus insights and charts from astronomer Guy Ottewell, related to the moon’s movement on our sky’s dome toward the August 21, 2017 eclipse.