Mars is closest to the sun today

On September 16, 2018, Mars reaches perihelion, its closest point to the sun in its 2-year orbit. Mars’ brightness in July and August – and a recent global dust storm on the planet – are both linked to this event. 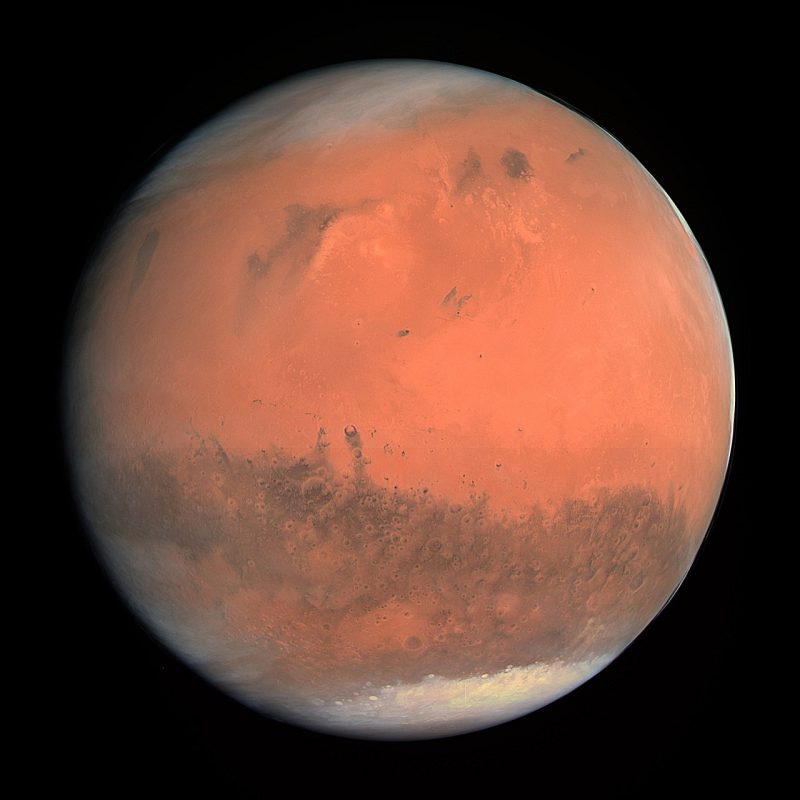 True color image of Mars taken by the OSIRIS instrument on the ESA Rosetta spacecraft during its February 2007 flyby of the planet. Image via ESA.

The red planet Mars swings to perihelion – its closest point to the sun in its orbit – on September 16, 2018. Mars’ orbit around the sun lasts 687 Earth-days, or about two Earth years. At perihelion, it is 1.38 AU (astronomical units) from the sun. That’s 1.38 Earth-sun distances.

Mars’ perihelion is a once-in-two-Earth-years event. Mars came to perihelion last on October 29, 2016. Its next perihelion will be August 3, 2020.

None of the planets have exactly circular orbits, but most, like Earth, have orbits around the sun that are nearly circular. On the other hand, Mars’ orbit is much more elliptical, more like a circle that someone sat down on and squashed. Its distance from the sun varies between 1.38 AU and 1.67 AU – a variation of over 20 percent. From perihelion (closest point) to aphelion (farthest point), Mars receives 31 percent less heat and light from the sun. 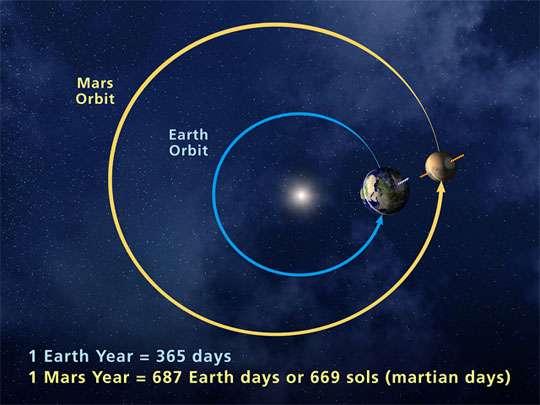 A top-down image of the orbits of Earth and Mars. Earth’s orbit is nearly circular. Mars’ orbit is more elliptical; its distance from the sun changes more dramatically. Not to scale. Image via NASA.

The extra heat and light around the time of Mars’ perihelion often correlates with planet-wide dust storms on the planet. That has been the case for Mars in recent months. A dust storm kicked up last May, and went global in June. The dust storm blotted out the sun, causing the Opportunity rover on Mars to go silent; the rover team is still trying to hail it.

Meanwhile, the dust storm has begun to abate, with the dust clearing, for example, over the location of the Curiosity rover on Mars. Note the dust on the rover in the image below: 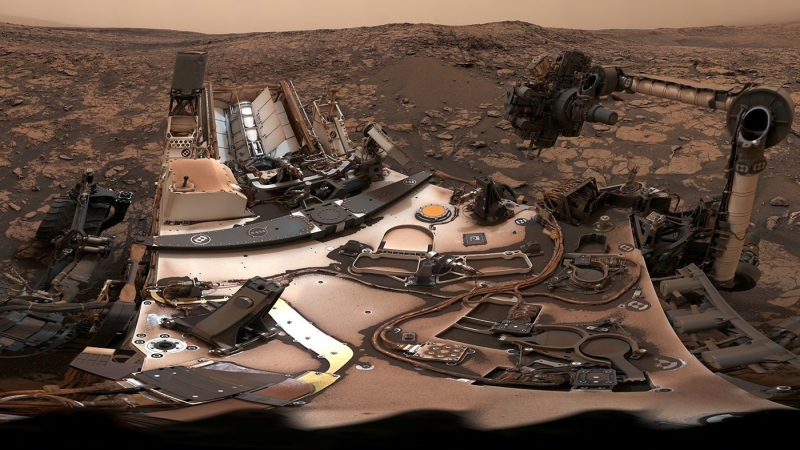 Closeup from the August 2018 panorama of Mars made by the Curiosity rover. See the dust on the rover’s surface? Image via NASA/JPL-Caltech/MSSS.

Can you see Mars? Absolutely! In 2018, Earth and Mars came extremely close to each other – as “close” is defined for planets. Earth passed between Mars and the sun on July 27, and Mars was closest a few days later, on July 30-31. Mars was exceedingly bright in our sky for the month or so around these dates. From July 7 to September 7, it was brighter than Jupiter, which is normally the second-brightest planet, after Venus.

Why was Mars so bright this year? The very best time to see Mars in Earth’s sky is during a perihelic opposition. That’s when Earth swings in between the sun and Mars – an event called an opposition by astronomers – close to the time Mars reaches perihelion, its closest point to the sun.

Now Mars is still one of four bright planets in our evening sky. It’s beginning to dim again as Earth flies ahead of it in orbit. It’s not as bright now as it was in July or August, but it’s still pretty bright and well placed for viewing, starting out eastward after sunset, arcing across the sky for most of the night. 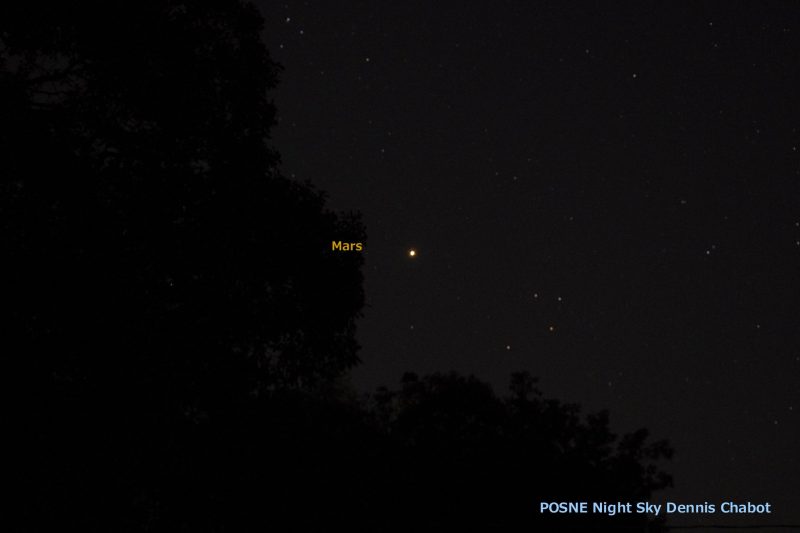 Dennis Chabot of POSNE NightSky in Massachusetts caught this shot of Mars on September 13, 2018. It’s still pretty bright in our sky and distinctly reddish in color. 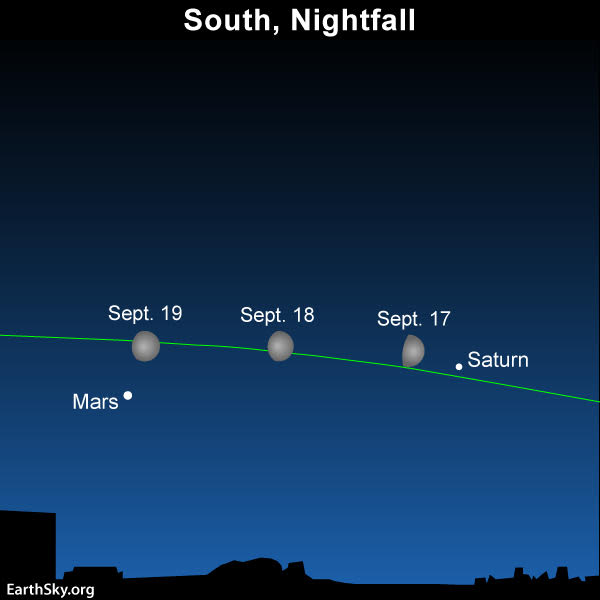 Watch for the moon to sweep by the planets Saturn and Mars from September 17 to 19. Read more.

Bottom line: Mars’ perihelion – its closest point to the sun – comes on September 16, 2018. This is a once-in-2-years event. Plus … how you can still see Mars in the night sky.