How to see Jupiter tonight

As the Juno spacecraft goes into orbit around Jupiter on July 4, amaze your friends by showing them Jupiter in the night sky. 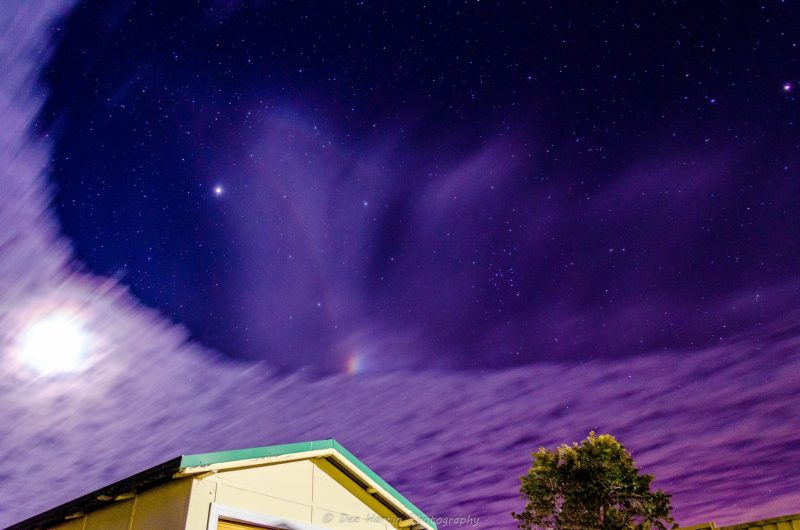 The moon and Jupiter on the night of June 10, 2016. Plus a moondog, a 22-degree halo and an upper tangent arc. From our friend Dee Hartin in Australia.

Want to find Jupiter this evening, as the Juno spacecraft is going into orbit around it? It’s easy. Jupiter is the brightest “star” on July, 2016 evenings. It lights up the sky almost immediately after sunset. Go outside, and look generally westward, the direction of sunset. The brightest starlike object up there will be Jupiter.

Jupiter can be seen from all parts of Earth. From mid-northern latitudes, the king planet shines in the southwest sky at nightfall. From the Southern Hemisphere, look in the north to northwest sky as darkness falls.

As evening falls, Mars and Saturn shine on one side of the sky, while Jupiter appears in the west, as shown on the chart below. 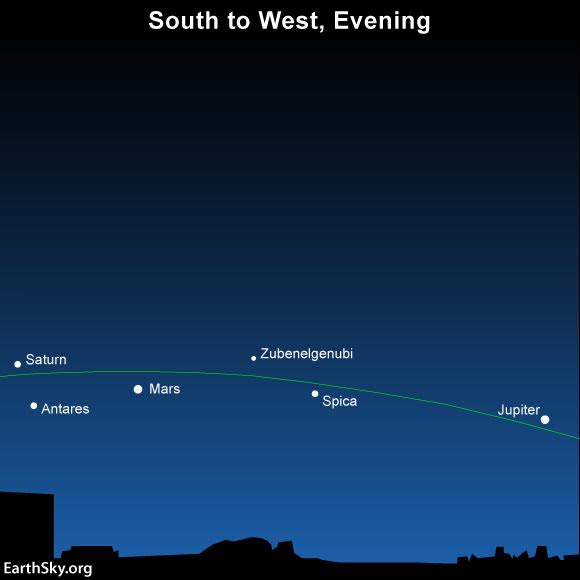 As evening falls in July, 2016, you can easily find 3 bright planets, Jupiter, Mars and Saturn.

Just don’t wait too late at night to try to find Jupiter. For all of us, Jupiter sets in the west in late evening in early July.

Still can’t find it? The moon will swing close to Jupiter on the sky’s dome for several days, centered on or near July 8.

Let the moon guide you to the giant planet. 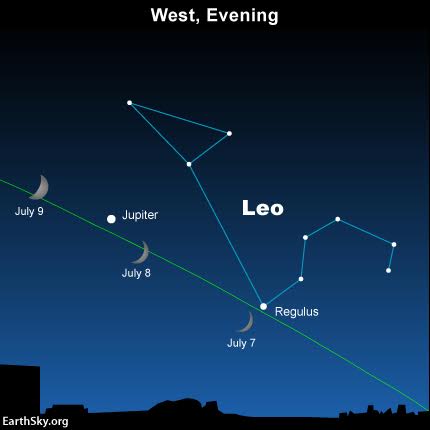 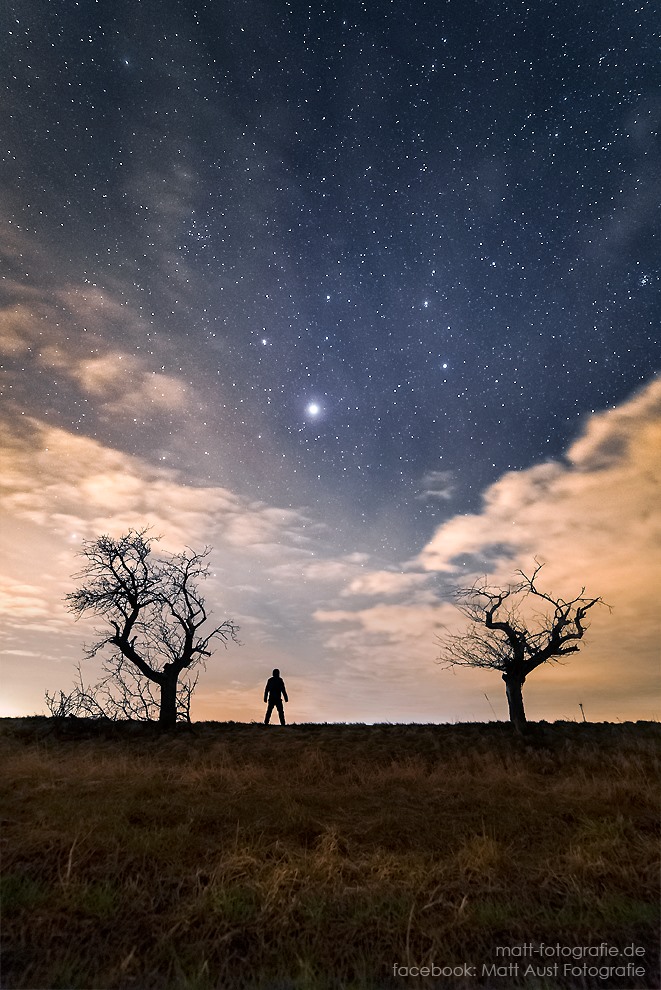 Jupiter in 2016, captured from Germany by Matt Aust Fotografie & Film.

Bottom line: Charts and other info that’ll let you identify the giant planet Jupiter in the night sky, in July, 2016.