It’s an early October Harvest Moon in 2020, coming up on October 1-2 for the Northern Hemisphere. What’s more, this Harvest Moon will be near fiery red Mars. Wow! 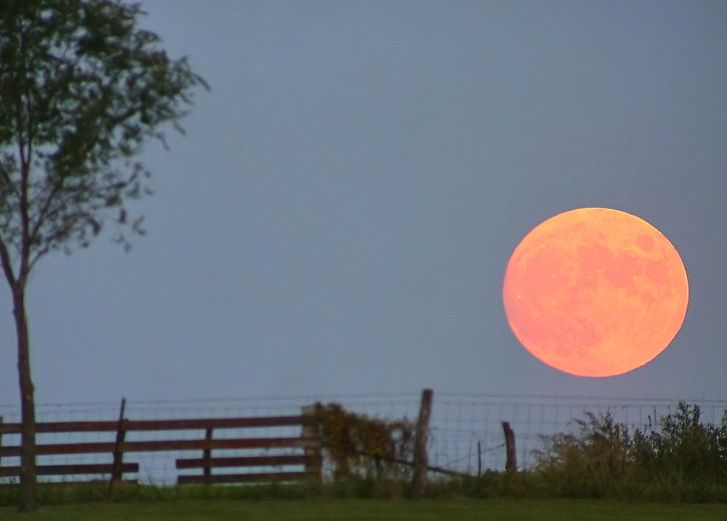 A Harvest Moon via Dan Bush of Missouri Skies.

For the Southern Hemisphere, the Harvest Moon always comes in March or early April.

Harvest Moon is just a name. In some ways, it’s like any other full moon name. But these autumn full moons do have special characteristics, related to the time of moonrise. Nature is particularly cooperative in giving us full-looking moons near the horizon after sunset, for several evenings in a row, around the time of the Harvest Moon.

What’s more, in 2020, the Harvest Moon will be near a fiery red object in our night sky. People around the world will be looking at the moon and wondering:

What star is that?!

It’s not a star. It’s the red planet Mars, now nearly at its best for this two-year period. See the chart below: 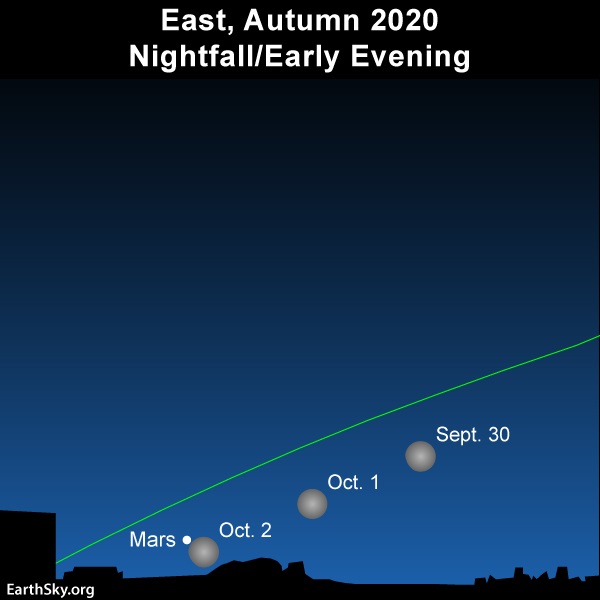 The difference between 50 minutes and 30 minutes might not seem like much. But it means that, in the nights after a full Harvest Moon, you’ll see the moon ascending in the east relatively soon after sunset. The moon will rise during or near twilight on these nights, making it seem as if there are several full moons – for a few nights in a row – around the time of the Harvest Moon.

Why does this happen? Check out the illustrations below:

In autumn, the ecliptic – marking the moon’s approximate path across our sky – makes a narrow angle with the evening horizon. Image via classicalastronomy.com.

The narrow angle of the ecliptic means the moon rises noticeably farther north on the horizon from one night to the next. So there is no long period of darkness between sunset and moonrise. Image via classicalastronomy.com. 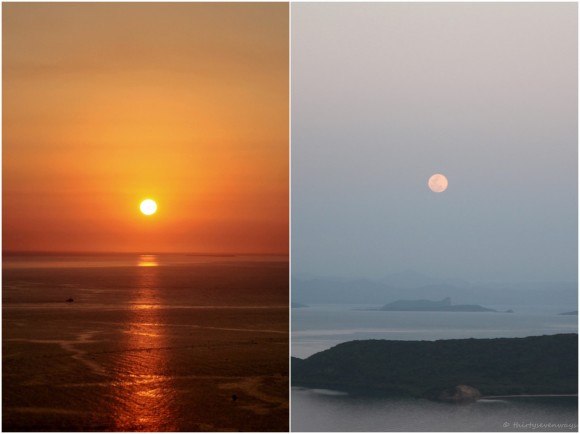 Harvest Moon sunset and moonrise – September 19, 2013 – as seen by EarthSky Facebook friend Andy Somers in Noumea, New Caledonia. One of the characteristics of the Harvest Moon is that it rises around the time of sunset for several evenings in a row.

Is the Harvest Moon bigger, or brighter or more colorful? Not necessarily.

The orange color of a moon near the horizon is a true physical effect. It stems from the fact that – when you look toward the horizon – you’re looking through a greater thickness of Earth’s atmosphere than when you gaze up and overhead.

The bigger-than-usual size of a moon seen near the horizon is something else entirely. It’s a trick that your eyes are playing – an illusion – called the Moon Illusion. You can find many lengthy explanations of the Moon Illusion by doing an online search for those words. 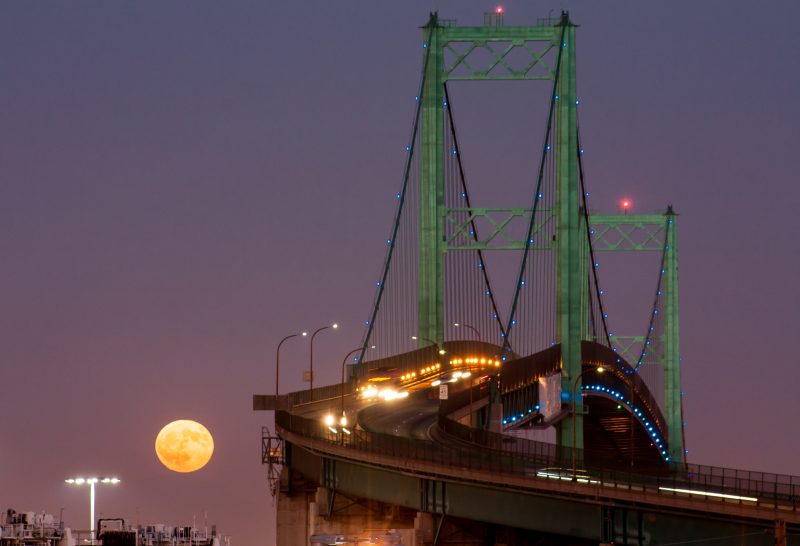 So watch for the Harvest Moon in late September and early October … or any of the nights around then. 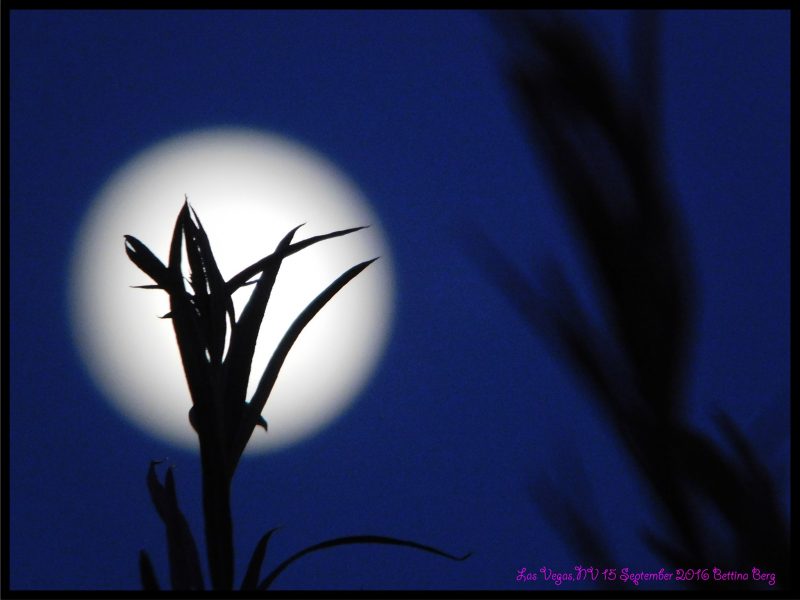 Ed and Bettina Berg in Las Vegas, Nevada, contributed this image of the 2016 Harvest Moon.

How did the Harvest Moon get its name? The shorter-than-usual lag time between moonrises around the full Harvest Moon means no long period of darkness between sunset and moonrise for days in succession.

In the days before tractor lights, the lamp of the Harvest Moon helped farmers to gather their crops, despite the diminishing daylight hours. As the sun’s light faded in the west, the moon would soon rise in the east to illuminate the fields throughout the night.

Who named the Harvest Moon? That name probably sprang to the lips of farmers throughout the Northern Hemisphere, on autumn evenings, as the Harvest Moon aided in bringing in the crops.

The name was popularized in the early 20th century by the song below.

Shine On Harvest Moon
By Nora Bayes and Jack Norworth (1903)

And don’t miss this more recent version of the song by Leon Redbone.

Bottom line: According to skylore, the closest full moon to the autumn equinox is the Harvest Moon. In 2020, the autumnal equinox for the Northern Hemisphere comes on September 22. So this hemisphere’s Harvest Moon comes on October 1.