Venus reaches inferior conjunction today, officially leaving the evening sky. It has been low in the sky, where Earth’s atmosphere has caused Venus to scintillate, or twinkle, in many colors. 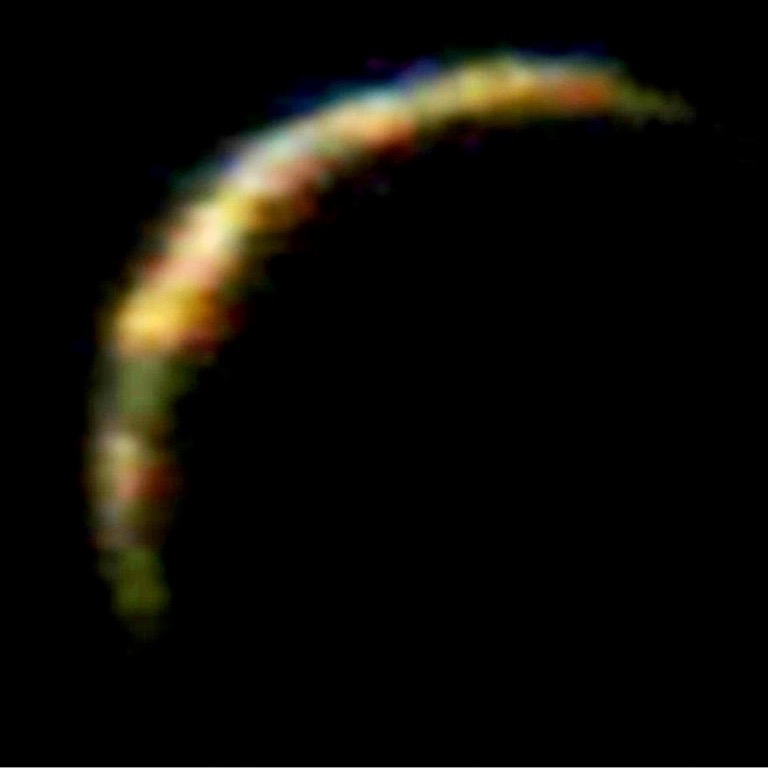 Planets usually shine steadily. But bright Venus is twinkling now – shining in multiple colors – because it’s so low in the sky. Photo taken on March 24, 2017 – the evening before inferior conjunction – with Venus only 8.4° away from the sun. Photo by Helio C. Vital.

Earth’s multilayered and mostly turbulent atmosphere acts like a dynamic set of moving lenses and prisms that play with the light from the pointlike stars, causing their apparent brightness, color and even position to fluctuate or twinkle. This effect is called scintillation. It’s usually negligible for planets because the multiple beams of light we receive from their disks tend to cancel out the effect. However, the current situation of Venus is indeed quite interesting due to the fact that although the diameter of the planet has reached the impressive figure of 1 arcminute, its crescent is currently only 1% illuminated and thus it is extremely thin.

As a consequence, in recent days, Venus has been very strongly affected by scintillation.

As I was analyzing some photos of Venus I had just taken with a Canon Rebel T1i attached to a C8 (Cassegrain focus), I noticed that, as I further reduced the brightness of the images and intensified their contrasts, the crescent became segmented into a multitude of sections with colors that grew increasingly more vivid.

See more recent photos of Venus as a crescent

Bottom line: Scintillating, or twinkling, planet Venus as this world passes between the Earth and sun.