The peak of the Aurigid meteor shower has passed, but you still might see meteors in early September. Expect a handful each hour in a clear, dark sky.

The peak of the Aurigid meteor shower has now passed; the shower peaked on the morning of September 1. Still, from a rural site, you might expect to see about 5 meteors per hour flying in the first part of September, before the moon waxes large enough to cast its light in the night sky. September also has the advantage of longer nights in the Northern Hemisphere than August, and, although there are no major showers this month, the Northern Hemisphere will feature higher rates of sporadic meteors, according to the American Meteor Society.

All of this simply means that, if you are outside on a clear dark night, in a dark-sky location, you might see a few meteors. How many? It can’t be predicted. A handful each hour perhaps? Just watch and see. 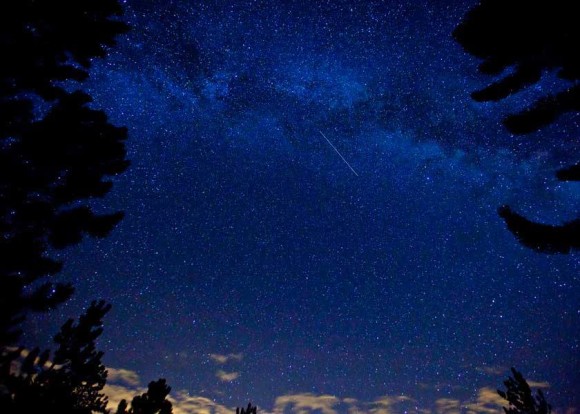 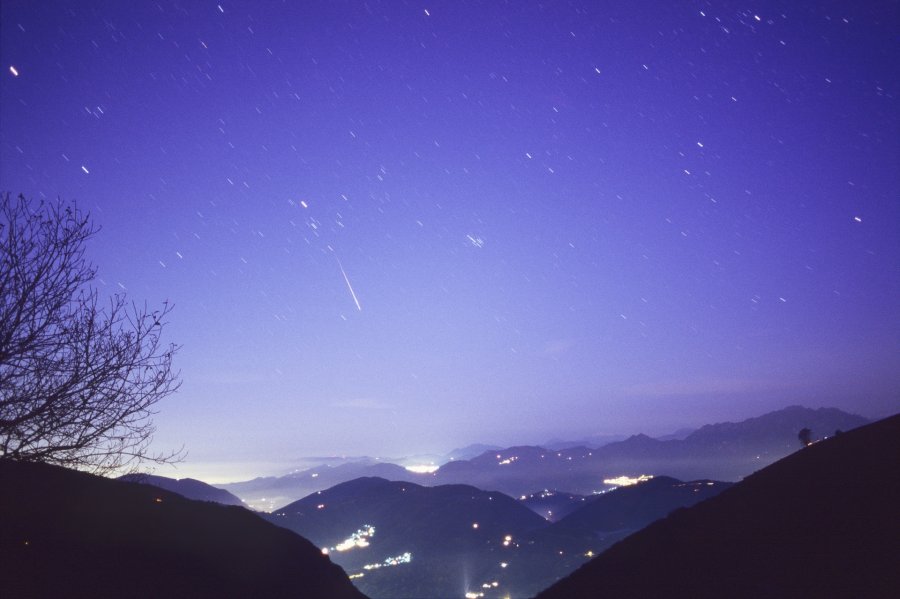 Meteors are also called shooting stars. But meteors in annual showers, like the Aurigids, are bits of debris left behind in the orbits of comets. Image via NASA.

The Aurigid shower, which peaked on the morning of September 1, is the source of some of these September meteors. This shower is not a particularly good one for Southern Hemisphere viewers. The radiant lies in central Auriga, a constellation of the northern sky. The radiant is two degrees north of the third magnitude star Theta Aurigae. That radiant is well placed for Northern Hemisphere observers. It is high in the northeastern sky during the last hour before the start of morning twilight, for all of us in the Northern Hemisphere.

The moon reaches its new phase on Thursday, September 5. Thus the moon is now located near the sun. During the weekend of August 31-September 1, you’ll find a waning crescent moon rising in the early morning hours. With the moon gone from the sky for most of the night, conditions are optimum for watching meteors. 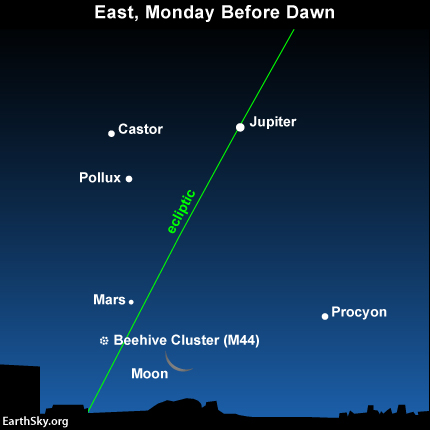 If you have a clear view to the east before dawn on Monday, September 2, you might be able to pick the planet Mars near the slim crescent moon.

Plus there’s a bonus. The bright planet Jupiter is shining in the eastern predawn sky. The moon passed Jupiter on August 31, and the moon was between Jupiter and Mars in the predawn sky on September 1. As shown on the chart above, the moon will be close to Mars – in the east before dawn – on the morning of September 2. More about tomorrow’s predawn view here.

The entry velocity of the Aurigid meteors is 67 km/second. In other words, the meteors are swift. We heard from observers of this morning’s peak that the meteors were faint, and swift. If you see any, enjoy their fleeting passage across our night sky.

Bottom line: The peak of the Aurigid meteor shower has passed, but you still might see meteors in the early part of September. Expect a handful each hour in a clear, dark sky.